Taxes, purchases, inheritance… What are the legal consequences for a common-law couple? 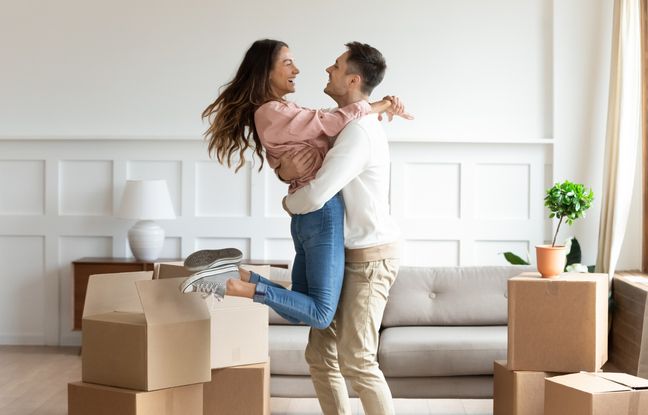 Whether you are married, in a civil partnership or in cohabitation, it does not matter. Because no need to pass in front of the mayor to live happily with your other half for many years. At the risk of destroying the atmosphere, it must nevertheless be admitted that the formalization of a union brings certain legal guarantees which, on the contrary, are deprived of common-law couples. Better to anticipate it to avoid later disappointments.

While cohabitation was once a minority practice, some 546,000 couples would form each year without going through a PACS or marriage, according to a 2017 study by INSEE. These figures are necessarily imprecise insofar as no official document makes it possible to record these unions. This category includes people who live together in a stable manner, without any notion of specific duration. This community of life can last a few months or several years.

If they are not entitled to any official recognition, common-law couples can request a cohabitation certificate from their town hall, in order to facilitate certain procedures. But she has no obligation to deliver it. Otherwise, a declaration on honor will have to be drawn up in order to benefit from the rights granted by various bodies.

The problem with cohabitation is that it is not recognized by law. Therefore, it does not matter whether you have lived together for ten years: in the eyes of the law, you are strangers to each other. And this state of affairs has serious legal consequences at all stages of life.

On a daily basis, everyone pays their taxes on their own. Likewise, the goods paid by one belong only to him. This applies to the new television, but also to the acquisition of housing. To avoid being fired overnight in the event of separation, it is therefore better to buy together to become joint owners. Also, if only one name is on the rental agreement, the other has no right or title. In addition, if you plan to start a family, know that the father will have to go to the town hall to recognize his child, unlike a married couple.

Damaged to the estate

While the majority of common-law couples do not encounter particular problems, disillusionment often arises in the event of misfortune. In fact, upon the death of one of the cohabiting partners, the survivor is not considered a member of the family for tax purposes. Therefore, he has no automatic right to his succession. It is therefore essential to anticipate the situation by establishing a will, the only legal act allowing his half to inherit, at the cost of prohibitive inheritance taxes up to 60% of the heritage concerned. The price will also be the same if you want to make a donation during your lifetime.

The only protection acquired for a partner is that he can claim the transfer of his partner’s lease if he had lived with him for at least a year before his death and this common-law relationship was notorious.