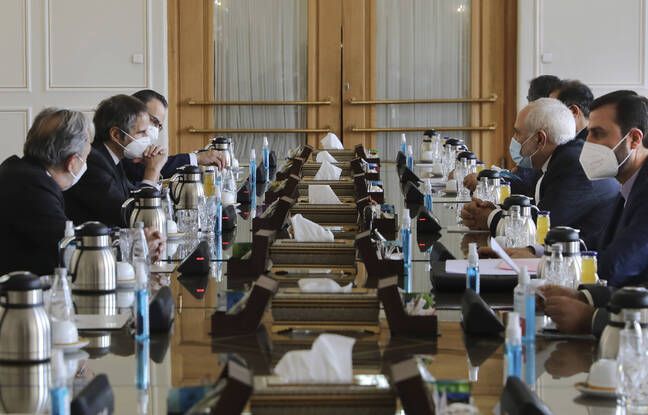 It is a first step to break the deadlock. Iran and the International Atomic Energy Agency (IAEA) announced on Sunday a “temporary” agreement to maintain surveillance of nuclear activities, although reduced, while diplomatic talks begin between the signatories of the pact. from 2015.

Iranian law, which provides for limiting certain inspections, including on suspicious military sites, if the American sanctions are not lifted, “exists and will be applied” from February 23, however regretted the director general of the IAEA, Rafael Grossi, on his return to Vienna after “intense consultations” in Tehran. “Access will be reduced, let’s face it, but we will be able to maintain the necessary degree of monitoring and verification,” he said. “It saves the situation immediately.”

Under the terms of this “technical bilateral agreement”, which lasts for three months but may be suspended at any time, the number of on-site inspectors is thus unchanged and unannounced checks will remain possible. “Of course, to achieve a stable situation, it will take political negotiation, and that is not my responsibility,” added Rafael Grossi.

The director general of the IAEA will be able “to fulfill his obligation to show that the Iranian nuclear program remains peaceful”, for his part promised the head of Iranian diplomacy, Mohammad Javad Zarif, in a statement to Press TV, the English state television channel. According to Iranian Deputy Foreign Minister Abbas Araghchi, “inspections will be reduced by around 20-30% after the law is implemented.” But, “that certainly does not mean a withdrawal from the agreement” of 2015.

US sanctions in the balance

On the other hand, Iran will not provide the “records relating to the activities and equipment” of several sites, as provided for by the law passed by Parliament in December, the Iranian Atomic Energy Organization (OIEA) said, saying apparently referring to data from surveillance cameras. “If the sanctions are completely lifted within three months, this information will be communicated to the IAEA, otherwise it will be deleted forever.”

“Once everyone has done their part and fulfilled their obligations, then there will be [une reprise] discussions, ”Mohammad Javad Zarif repeated on Sunday. Since the coming to power of Joe Biden, who said he was ready to return to the agreement left in 2018 by Donald Trump, the United States and Iran have been passing the buck on the question of who should take the first step .