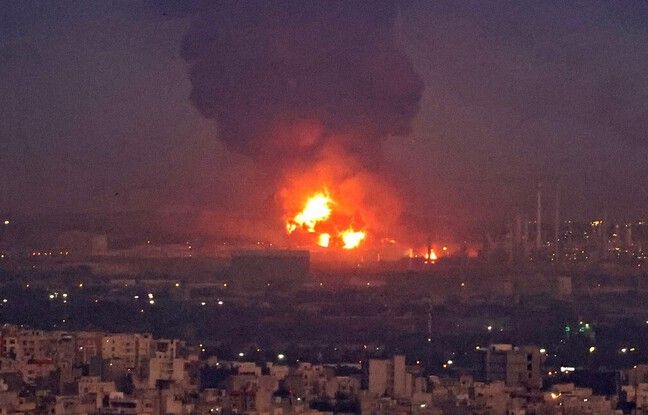 Following an explosion caused by the leaking of a liquid gas pipe, an oil refinery was on fire on Wednesday evening in southern Tehran, Iran, the head of the Crisis Staff announced. the Iranian capital.

More than an hour after the start of the disaster, thick black smoke and flames were visible several kilometers away, according to a reporter on the spot.

“The accident was caused by a leak on a liquefied gas emergency line” and “an explosion caused the fire to start, causing the smoke that we see,” Mansour Darajati said on television. State. According to the public audio-visual website, the latter indicated that the fire had started “around 19:30” (15:00 GMT) and that there were “fortunately no deaths at this stage”. According to the official Irna agency, the burning refinery, in operation since 1968, belongs to the Tehran Oil Refining Company and has a capacity of 250,000 barrels per day.

According to state TV Telegram, a company spokesperson said he rejected “any speculation about sabotage at the refinery.” “The accident happened as a result of a technical problem and we are currently in the process of controlling the fire,” he added. The Tehran refinery fire comes hours after the Iranian Navy announced on Wednesday the sinking of one of its largest vessels over 200m long in the Arabian Sea, after hours of fighting a fire in the Arabian Sea. obscure origin.