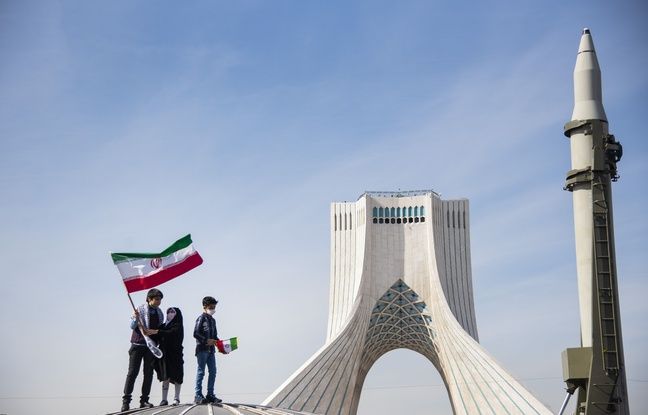 It is not a surprise. The Iranian authorities did indeed let it be known in mid-January that they were moving in this direction. Iran has started production of uranium metal to power its research reactor in Tehran, a further violation of its commitments in the 2015 agreement, the International Atomic Energy Agency (IAEA) said on Wednesday evening.

The UN agency “on February 8 verified 3.6 grams of uranium metal in the Isfahan plant” in the center of the country. The subject is sensitive because uranium metal can be used in the manufacture of nuclear weapons. But officially the Islamic Republic has always denied wanting to equip itself with the bomb, even if the IAEA had established the opposite in 2011.

The director general of the international agency, Rafael Grossi, informed the member states of this new development which aims, according to Tehran, “to produce fuel” as part of its research and development activities. However, the Joint Comprehensive Plan of Action, signed in 2015 by Iran and six major powers (China, United States, France, United Kingdom, Russia and Germany), includes a 15-year ban on “the production or acquisition of plutonium or uranium metals or their alloys ”.

This announcement further weakens the Iran nuclear deal, which threatens to shatter since Donald Trump withdrew the United States from it in 2018 before reinstating economic sanctions. In response, Tehran has gradually freed itself since 2019 from most of its commitments, arguing that it had the right to do so in the face of “flagrant violations” of the rules by the other parties. The most serious sprain to date, the country resumed 20% uranium enrichment in early January, a level the country practiced before 2015 but which remains far from the 90% required for a bomb.

The arrival on January 20 of Joe Biden at the White House gave hope for a resumption of dialogue after the policy of “maximum pressure” exercised by his predecessor. However, the new US president has warned that he will not take the first step in lifting the sanctions, as demanded by Iranian leaders. On Wednesday, the foreign minister Zarif warned that “the window of fire was narrowing”, increasing the pressure on Washington. “Soon my government will be forced to take further action in response to the dismal failure of Americans and Europeans” to meet their end of the bargain, he said in a message posted on YouTube on the occasion of the 42nd anniversary of the Islamic Revolution.

On February 21, a deadline set by Parliament, Iran could restrict the access of IAEA inspectors to its sites, a red line that would risk derailing the behind-the-scenes maneuvers to save the nuclear deal.

After the fire, chemistry at the bedside of the winegrowers