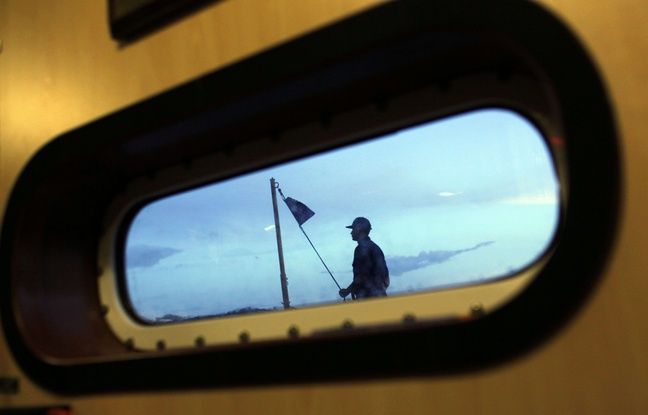 The US coast guard announced on Sunday that they had abandoned their search for ten Cubans missing Thursday at sea. They were trying to reach the coast of Florida.

Officers “have searched continuously for the past three days, trying to locate the 10 missing people,” said Adam Chamie, commander of the Key West area coast guard. In a press release, he said he had suspended the search on Saturday evening.

A group of eight Cuban migrants were rescued at sea Thursday afternoon by the coast guard, while the bodies of two other migrants were recovered the same evening. Survivors said the boat they were traveling in left last Sunday from the port of Mariel, Cuba, heading for the Florida coast, but on Wednesday night it capsized about 25 kilometers south of Key West and that 10 of their companions had disappeared. Officers from the Coast Guard, the U.S. Navy, and the Customs and Border Protection agency conducted several air and sea searches in an area of ​​approximately 14,200 square kilometers, the statement said.

Migrants from Cuba often take to sea in precarious boats, unsuitable for crossing the Straits of Florida. Another boat capsized last March with around 20 people on board, including two children, near the Bahamas. Only 12 people were found alive.

Taking into account the serious economic crisis that Cuba is going through, the island is experiencing a sharp increase in the number of departures of boats to the United States. In the past eight months alone, the U.S. Coast Guard has intercepted 298 Cuban migrants compared to 49 in fiscal year (October to September) 2020.

Share
Facebook
Twitter
Pinterest
WhatsApp
Previous articleTourists go tree-climbing on top of a tower, 300 meters above the ground
Next articleTo fight against the aging of its population, the country allows a third child per couple