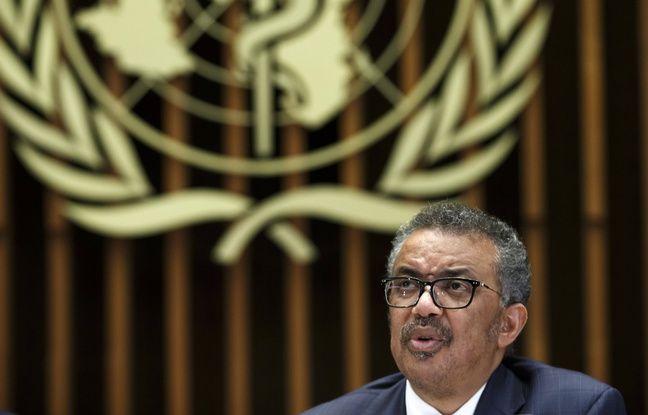 Immerse yourself in the beginnings of this mysterious and devastating pandemic. An international team of scientists tasked with tracing the origins of the Covid-19, which will visit China in January, will explore “all avenues” but do not seek to identify a culprit for the worst pandemic in a century, said one of the researchers in an interview with AFP.

“The meetings we have had so far with Chinese colleagues have been very productive and very good and my impression at the moment is that the Chinese, at the government level but also at the population level, really want to know what happened, ”says Fabian Leendertz of the Robert Koch Institute in Germany.

Ten scientists chosen by WHO

He is one of ten eminent scientists chosen by the World Health Organization, after a long selection process, to try to trace the origins of the virus in order to find out how it was transmitted to humans.

A year after the discovery of the first cases in the Chinese region of Wuhan, they will travel to China for the first time in January, on a mission expected to last between five to six weeks, two of which are in quarantine. They will be accompanied by a WHO expert in food safety and zoonoses, Dr. Peter Ben Embarek.

“It is not about finding a country or authorities to blame. It is a question of understanding what happened to reduce the risks in the future ”, insists Fabian Leendertz, 48, specialist in zoonoses.

He thus underlines that transmissions of viruses from animals to humans occur every year in all countries of the world. “It’s just bad luck that this virus was so pernicious,” he said.

Once in China, “we will start in Wuhan because that’s where the most solid data is available,” says Fabian Leendertz. “From there, we follow all the tracks wherever they lead us”. The expert, a trained veterinarian, recognized that it is always preferable that “the traces are fresh” to go back to the origins of a virus, while stressing that everything remains possible in terms of scientific analysis.

“When the Ebola epidemic started in West Africa, I went there with my team, we were there 10 days later. But with my team, we just analyzed the spread of the measles virus from cattle to humans and that was 25,000 years ago! »He recounts.

To prepare for the arrival of the international mission in China, an epidemiologist and a specialist in animal health from the WHO went there this summer. Since then, the ten experts have been able to meet regularly virtually with Chinese scientists.

Despite everything, Fabian Leendertz warns that “one should not expect that after this first visit to China in January, the team will return with conclusive results”. However, he hopes to return from China with a “concrete plan” for a “phase 2” of the investigation.

But he explains that “most of the work”, in particular its “practical” aspect, will be done by Chinese experts: “We are there to guide and bring transparency” to the rest of the world. If scientists generally believe that the original host of the virus is a bat, no one yet knows the intermediate animal that allowed human contamination.

As Fabian Leendertz explains, it will be, on the one hand, to “go back in time” by examining the various human smears that have been kept by the Chinese authorities, and see if there are any cases prior to those at the end of December 2019. Another approach will be to determine the role played by the Wuhan market, where exotic animals were sold alive.

This specialist in highly pathogenic microorganisms says he is “pretty sure” that scientists will somehow find out what happened, “but not tomorrow, it may take a while”. In the meantime, he wants “politics to stay as far as possible” from the investigation, in reference to criticisms of US President Donald Trump, who accused Beijing of hiding things and the WHO of bending too much to the will. Chinese authorities.