The abolition of rents for businesses, a “common sense” measure that may not be enough 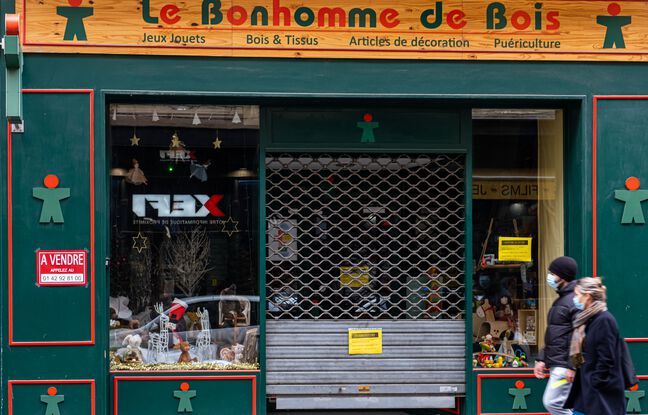 “We will put in place a simple, massive and new system for merchant rents. At the press conference on November 12, Bruno Le Maire, Minister of the Economy, announced the establishment of new aid for businesses. The government wants to rely on the donors, by offering them a tax credit against the total or partial abandonment of November rents. In detail: 50% for companies with less than 250 employees. A third for companies with 250 to 5,000 employees.

If the federations of donors and traders are in favor of this measure, that does not guarantee that all will adhere to it.

The federations call for solidarity

On the day of the announcements, the National Union of Real Estate Owners (UNPI) issued a press release to support the system and call on lessors to support traders through this. Eight organizations of donors, insurers and traders even co-signed this press release. If they encourage their members to join the system, it is because they find it in their interest, according to Dominique Grognard, president of UNPI Val-de-Loire: “It is not completely free. First, there is a 50% tax credit on these abandoned rents. Then, if the businesses disappear, we are not sure of finding new tenants in the coming months. »Thus, by helping businesses to keep themselves alive, the different parties find a common interest: the merchant is relieved of part of his expenses, and the lessor secures a rental for at least a few additional months.

We are putting in place a simple and massive mechanism to cancel the November rent for traders. This system is the result of positive consultations with all associations and federations of donors and traders. pic.twitter.com/L72bcuR8W2

But donors can find other positive aspects. This is the case of CDC Habitat, signatory of the press release, which mainly deals with social housing. Its president, André Yche, is keen to support traders, important elements of its activity: “We have 3,500 shops, mainly at the foot of buildings. They are essential to the attractiveness of our residences. ”Without these local businesses, the lessor could have more difficulty finding tenants. He therefore wishes to maintain this balance between the liveliness of the neighborhoods and the resulting rentals. Especially since lessors are already suffering another impact of the crisis: unpaid rents. “Some of the tenants are affected by job losses, which is causing difficulties. We want to avoid making this risk worse by losing businesses. “

André Yche imagines that some donors will not do it, but assures us that it would go against their interests. It is mainly aimed at large donors, who have stronger backs. On this point, Dominique Grognard, of the UNPI, agrees. For the largest donors, the score is bearable, especially since in addition to the 50% tax credits, they will not have to pay the CSG CRDS either, which would ultimately amount to not losing ” that »30 to 40% of their income.

Not all donors will be able to join

For the most modest donors, however, the situation will not be the same. Many might not be able to drop rents. “The crisis started months ago and a number of people have made efforts to offer rent spreads to merchants. It puts holes in the treasury. If we take into account the fact that the tax credit will probably only arrive in May or June, they will not be able to afford it, ”explains Dominique Grognard.

To explain this, he paints a robot portrait of the “small landlord”: a merchant who gives up his commercial lease but keeps his walls, and earns a small pension. Rent is what allows him to live. And Dominique Grognard recalls that property taxes have already fallen. Losing half of a rent is therefore almost impossible: “In the event of a crisis, the owner finds himself in a very tense situation. And the uncertainty of the crisis does not encourage the most fragile to abandon income. Because the agreement is, for the moment, signed only for the month of November. However, as the organizations point out, certain sectors, in particular the hotel and catering industry, will be affected for many months to come.

Not enough for traders

If they welcome a measure “which goes in the right direction”, the associations of traders insist on its insufficiency. Lionel Saugues, vice-president of the Confederations of traders, asks the State to assume its responsibilities. First, by encouraging local communities to remove rents from businesses they own. Then by encouraging local donors to join the aid system. Finally, traders would like to see local communities participate in the aid promised by the State. “Some regions have already announced that they will supplement existing aid. It’s positive but it proves that there are still holes in the racket, ”adds Lionel Saugues.

Like his counterpart from the Confederation of Traders, Xavier Douais, vice-president of the Confederation of Small and Medium-Sized Enterprises (CPME), is not sure that the measure will succeed in convincing independent donors: “Is 50% that? will be enough? If the lessor is in difficulty or has made a loan, he will not take the risk of waiting until 2021 to be reimbursed. Especially since the measure is announced in the middle of the month, the rents have already been paid. “

There remains an aid on which all traders agree, in addition to the State taking charge of the damages linked to the crisis: “Reopen shops on November 27. “