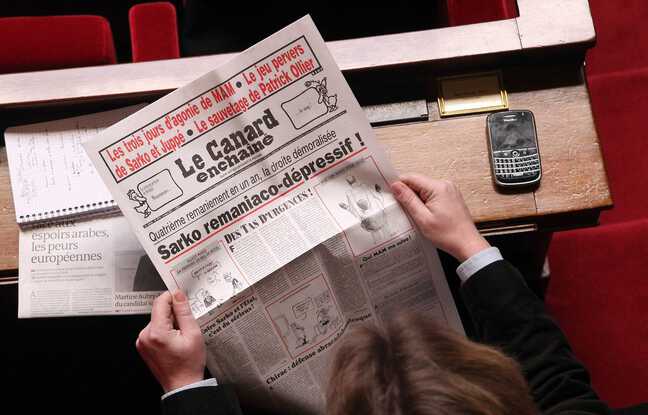 The current crisis is weighing down the entire press, even those that are not dependent on advertising revenue. For the first time in its history, the Chained duck ended in the red in 2019. The weekly is affected by the debts of the distributor Presstalis whose liquidation this year weighed on the accounts of many newspapers.

The satirical newspaper posted a slight loss of just over 30,000 euros in 2019 against a profit of 1.4 million euros the previous year, according to the annual accounts to be published this Wednesday in the newspaper. Without the charges related to Presstalis, equivalent to 1.4 million euros, the weekly would have been profitable, even if its sales fell to 322,820 or 15,700 fewer copies per week.

“The biggest drop took place in the second half of the year due to the transport strike that affected the Relay network,” says the palmipede. The financial situation should remain difficult in 2020, again because of Presstalis which will have cost the weekly weekly more than 3.2 million euros in two years. We must not forget the health crisis either. The first lockdown lowered number sales by more than 20% in the first half of the year as the Duck “Has chosen to maintain all the salaries of its staff”, without resorting to partial unemployment.

Good news all the same: the newspaper gained 14% more subscribers in the first half of 2020 and now has more than 82,800. A small revolution even took place during the confinement: the possibility of buying a digital version of the newspaper, a first for this century-old institution. And the newspaper intends to accelerate on this path with the upcoming launch of a new site “more complete, easier to access and more user-friendly”.