The accumulation of paid holidays during short-time working, a source of concern and conflicts 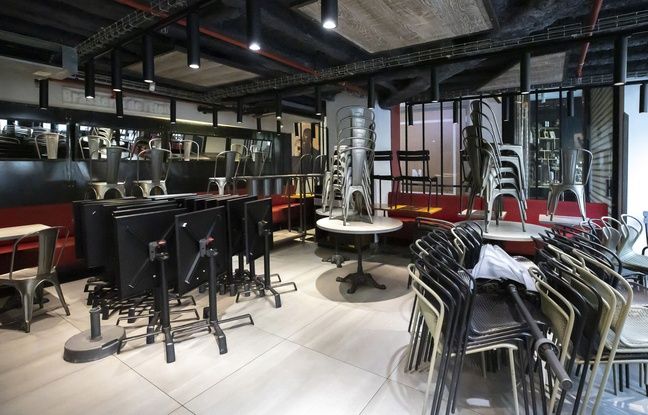 It is one more economic problem created by the Covid-19 pandemic. While the re-containment has forced many sectors (restaurants, bars, sports clubs, etc.) to lower the curtain for the second time this year, the employees concerned once again found themselves on short-time working … while continuing to accumulate paid vacation.

Indeed, during partial unemployment, “the employment contract is suspended, but the employee retains certain rights (paid vacation, for example)” indicates the government site service-public. Many restaurant workers thus find themselves with a substantial stock of days, which is of particular concern to companies.

Why is the accumulation of paid leave feared by companies?

By definition, paid vacation (CP) corresponds to weeks of vacation paid for by the employer. This expense is not reimbursed by the State for partial unemployment. However, in the current period, many companies are already in the process of scraping their funds. “Each employee accumulates his paid vacation. 2.5 days per month, multiplied by three months and by 11 employees, which represents at least 10,000 euros of paid leave to go out, ”testifies for example Romain Bergaud, owner of a restaurant in Paris, interviewed by Europe 1.

In L’Express, Thierry Grégoire, president of the Union of trades of seasonal hotel industries (Umih), is worried: “We only have a month and a half of cash in advance (…) At the moment, we have no no turnover. Impossible to pay paid vacation! “.

What are the proposed solutions?

For the professionals concerned, the solution is simple: the State, which has decided to reconfine, must pay. In a press release published at the end of October, the Umih asks that the payment of paid vacation be “included” in partial unemployment, “beyond December 31, 2020 and as long as the health constraints and restrictions persist”.

Another avenue: to impose the taking of paid leave during partial unemployment, in order to avoid that they accumulate and that the employees are obliged to ask them all at the same time at the end of the confinement, when the activity restarts . This provision is already permitted thanks to the measures taken by the government at the beginning of March: “provided that a branch or company agreement provides for it, an employer can impose the taking of 6 days of paid leave” indicates the Ministry of Labor, and this until December 31, 2020. But many companies forced to close in the spring have already used this “credit” of days.

Last solution, the most radical: review the number of paid holidays granted during partial unemployment. Purely fictitious example: an employee who is 100% partially unemployed would only accumulate 0.5 or 1 day of CP per month, against 2.5 usually. “There is absolutely no question of going back on this,” warns Arnaud Chemain, Federal Secretary at CGT Commerce. Jobs like the hotel and catering industry are demanding and physical, so 5 weeks of paid leave is not a lot to recover. This legal minimum must be maintained, despite the complex situation. “

How will the negotiations go?

The subject of paid vacation must be raised – among many others – this Thursday, during a video conference between the social partners (unions and employers) and the Ministry of Labor. But the executive is keen not to take a position on this hot issue.

“I hear that some professions ask the question [des congés payés]. I am going to suggest that the social partners reopen a discussion on this subject and I have no doubt that a solution will be found (…) It is not I who can decide on my own on an agreement which has been reached by the social partners ”, explained Elisabeth Borne at the beginning of November. The Minister of Labor had nevertheless opened a small door: “we are talking about leave that will be taken between May 2021 and May 2022 [puisqu’ils auront été acquis en 2020], which can undoubtedly be displayed ”.