The agri-food industry has 6,000 vacancies 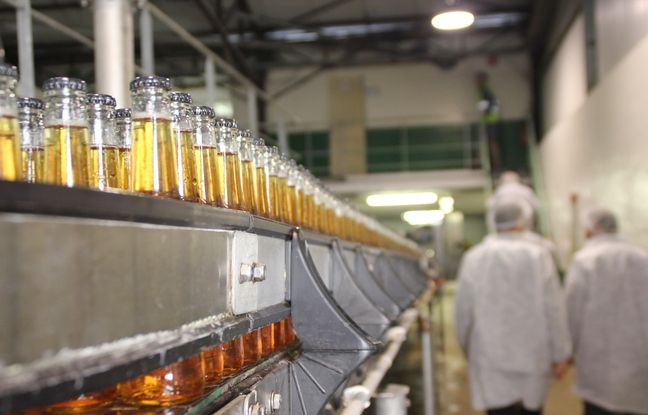 There are those who are forced to stop. Plagued by the closure of restaurants, some food companies are clenching their teeth while waiting for better days. And then there are the others. Those who turbinate to feed a once again confined France and who tend to indulge themselves in the food department. The leading Breton economic sector, the agri-food industry employs tens of thousands of people in the region. Passed through complicated periods with the closing of a few giants, the sector is doing much better and “continues to grow”, according to Marie Kieffer.

Lucide, the general delegate of the Breton Association of agro-food companies (ABEA) is more worried about recruitment difficulties than about the dynamism of her sector. “During the first confinement, we were one of the only industries that was running at full speed,” she recalls. Does the global health crisis pose the threat of a labor shortage in the sector? “No, we don’t have a peak in demand. The need to recruit existed before the epidemic. The risk is that there will be an impact on production if the positions are not filled, ”warns Michel le Bot, president of the Commission for employment and training in the agrifood sector.

Did you know ? Breton agri-food today feeds 1 French person out of 3. There are many opportunities for#employment It’s a good thing because from November 16 to 22, the players in the sector are mobilizing!

Find all the information and the program in #Brittany 👉https://t.co/8smKAu6O7J pic.twitter.com/jeEEXB4SMQ

But the facts are there. While it remains a large provider of jobs, the food industry is struggling to attract candidates. “We suffer from an old image, a bit old-fashioned and painful. However, working conditions have been significantly improved, especially as we offer a wide variety of jobs, including executives. Everyone can find something for them. We have to make it known, ”continues Marie Kieffer. In an attempt to make itself known, the industry has formed a partnership with Pôle Emploi and is organizing a “special agro-industry in Brittany” Employment Week from November 16 to 22. “We hire our 37 agencies to be as close as possible to candidates. We know that proximity is one of the keys. If it is more than 30 km from home, candidates do not go there, ”explains Frédéric Sévignon, regional director of Pôle emploi.

Unemployed cooks or pastry chefs come to the aid

As the Christmas holidays approach, the agri-food industry must also face increased demands for labor. According to Pôle emploi, 6,000 jobs are currently to be filled in the region. In some geographies, HR is even “on the hunt” to fill positions. “We are in a sector in tension because there are a lot of agrifood companies. We have competition, especially in this period, ”recognizes Cyrielle Le Fresne, human resources manager at Tallec. Based in Bannalec, in southern Finistère, the salting company employs 200 people but is looking for 70 reinforcements to step up the pace for the end of the year celebrations.

In competition with its neighbors such as the Bigard slaughterhouse or oyster farming companies, the company could find its happiness in the misfortune of certain sectors of activity at a standstill, such as restaurants. “We have been contacted by cooks or pastry chefs who can no longer work because of the confinement. We will be able to provide them with a season contract, ”Cyrielle Le Fresne suggests.