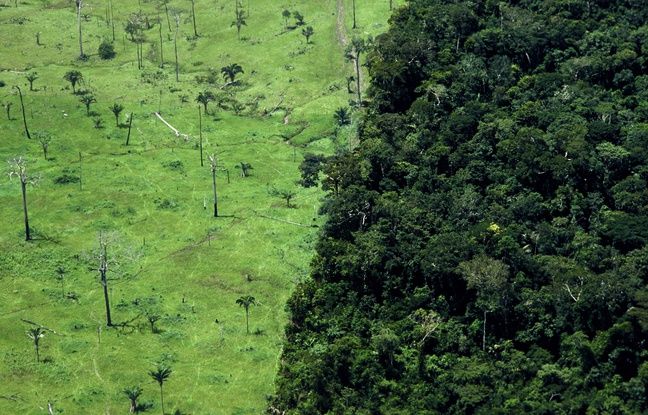 The fires in the Brazilian Amazon experienced the most devastating June since 2007, suggesting another dramatic dry season for the planet’s largest rainforest, official data released Thursday. The satellites of the National Institute for Space Research (INPE) detected 2,308 fires, or 2.3% more than in June last year (2,248).

A consequence of deforestation

These figures confirm a trend, which, according to environmentalists, is encouraged by the positions taken by far-right President Jair Bolsonaro in favor of opening up mining and agricultural activities in the Amazon. “The increase in fire starts in the Amazon is not a surprise, it is the result of direct actions that incite illegality and weaken the control bodies, such as the 60% reduction in the 2021 budget for monitoring fires ”, deplores the NGO Socio-Environmental Institute (ISA) in a press release.

Over the whole of 2020, some 103,000 fires were recorded in the Amazon biome, an increase of 16% in one year, according to the INPE. These fires are the result of deforestation to make way for agriculture and cattle ranching, according to experts.

The Brazilian government this week issued a decree banning burning for four months and authorized the army to be sent to the Amazon to fight deforestation and illegal mining. Two strategies which, according to Greenpeace Brazil, “have unmistakably failed over the past two years”.

Jair Bolsonaro recently pledged to the international community to eliminate illegal deforestation in Brazil by 2030, without announcing concrete measures to achieve this goal. Deforestation in the Amazon has recorded three successive annual records in recent years. Over the reference period August-July, 9,216 km2 were cleared between August 2019 and July 2020 (+ 34% over one year).