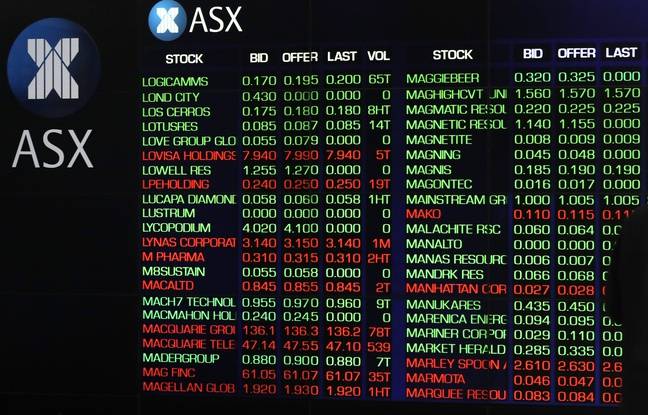 The announcement on Monday morning of a vaccine from Pfizer and Biontech laboratories “90% effective” against Covid-19 sparked a wave of hope and reactions around the world. The European stock markets are not to be outdone and soared at midday and in particular the shares of airlines.

Shortly after the announcement by the two laboratories around 1:10 p.m., the Paris Stock Exchange took 5.46%, Frankfurt 5.56%, London 5.05% and Milan 5.48%. As a whole, the European places had their best performance over a session in six months. In the United States, futures contracts, which allow the trend to be known before the start of trade, followed the same exponential slope, the Dow Jones thus advancing by 5.30%. On the other hand, the Nasdaq, whose values ​​were the big winners of the effects of the pandemic, remained measured up 0.77%.

Stock market already on the rise with election of Joe Biden

An effective treatment against Covid-19 is eagerly awaited by the markets, because its dissemination would limit the economic consequences linked to the restrictions to slow the spread of the virus. The European stock markets had already opened sharply higher after the declaration of the victory of Joe Biden in the American presidential election.

On the oil market, already on the rise at the start of European trading, the two benchmark crude prices suddenly accelerated after the two laboratories announced, which carries with it the hope of a solid return in demand for black gold. Around 12:10 GMT (1:10 p.m. Paris), a barrel of Brent North Sea for January delivery jumped 7.58% from Friday’s close to $ 42.44. In New York, the US barrel of WTI for December gained 8.78% to 40.40 dollars. Among stocks, Societe Generale jumped by more than 15% in Paris, UniCredit by + 11.2% in Milan. The airline IAG jumped 35%, Lufthansa reached + 30.45%.