The black-browed Akalat, a 172-year-extinct bird species, reappears in Borneo 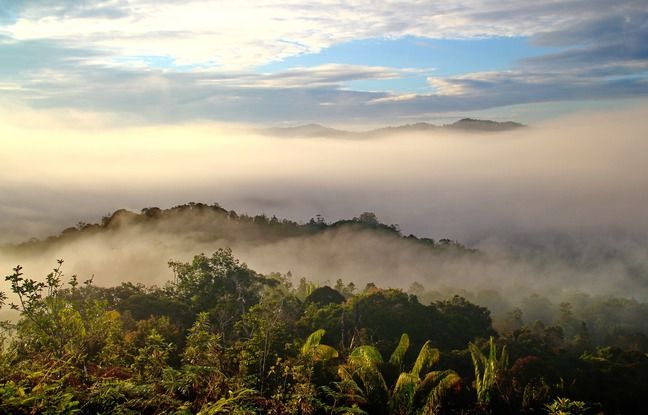 A very discreet passerine that had not been seen for 172 years has finally been seen in a forest on the Indonesian part of the island of Borneo. This is what an NGO announced this Thursday, delighted with this “breathtaking” discovery.

The black-browed Akalat (Malacocincla perspicillata) was presumed extinct because no specimen had been observed since the first one which had been described by scientists in 1848. And this, despite multiple campaigns to find this bird so reserved.

“The greatest enigma of Indonesian ornithology”

But in October, two residents of Indonesia’s South Kalimantan province caught a bird they didn’t recognize, then took a picture of it and released it into the forest, the conservation association Global said. Wildlife Conservation. They sent the pictures to bird watchers who formally recognized a Black-browed Akalat.

“It was like an enlightenment,” said Panji Gusti Akbar, lead author of a study published Thursday by the journal BirdingASIA. “This bird is often considered the greatest enigma in Indonesian ornithology. It is breathtaking to think that it is not extinct and that it lives in lowland forests. “

Over 150 “lost” species around the world

Very little is known about this brown and gray passerine bird, which had been “extinct” longer than any other Asian bird species, according to the article. The researchers had hoped to return to the observation area. But this project has been thwarted by the restrictions ordered to fight Covid-19.

“This is a unique opportunity to sanctify these forests to protect Akalat and other species,” said Ding Li Yong, co-author of the article, and member of BirdLife International. More than 150 species of birds worldwide are considered “lost” as no specimen sightings have been confirmed in the past ten years. “Finds like these are incredible and make us believe that it is possible to trace other species that have been scientifically lost for decades or more,” said Barney Long, Global Wildlife Conservation.