The body of Sarah Everard identified, a police officer charged 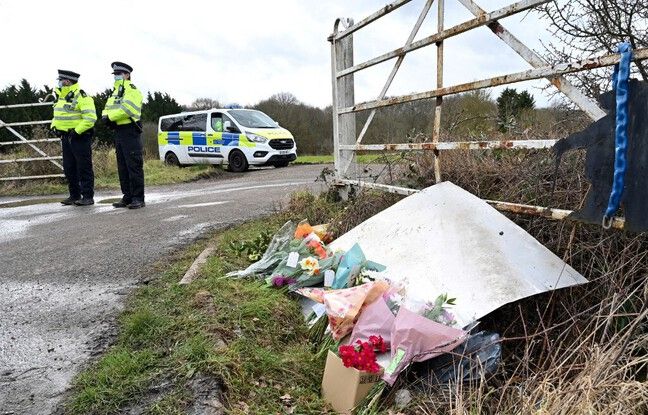 The London Metropolitan Police have announced that an agent from its diplomatic representation protection unit, Wayne Couzens, 48, was charged with kidnapping and murder on Friday in London, after the body of Sarah Everard was identified.

The 33-year-old marketing manager disappeared on the evening of March 3 as she walked home in the south of the capital. The prosecution confirmed in a statement that the suspect had been charged with “kidnapping and murder”. Quoted in a police statement, the family of the victim described a young woman “strong”, “cheerful and beautiful”, “kind and caring”.

Wayne Couzens, who is to be presented to a judge on Saturday, was arrested Tuesday evening in Kent, where he lives and where the victim’s body was discovered Wednesday in a wood. This body was formally identified on Friday. Sarah Everard, 33, had visited friends in Clapham, south London, and was returning home in Brixton, about a 50-minute walk away, when she disappeared around 9:30 p.m. on March 3.
In a tweet Thursday, Prime Minister Boris Johnson said he was “shocked and saddened” by this affair, and called for “working quickly to find all the answers to this horrible crime”.

The police officer charged with the murder is also suspected of showing off. Seizure, the police (IOPC) said Thursday that it would determine whether the police had treated in a “proper” way these facts, which would have taken place on February 28, a few days before the disappearance of Sarah Everard, in a London fast-food restaurant.

Wayne Couzens joined the London police in September 2018. Since February 2020, he was part of an armed and uniformed unit responsible for protecting embassies and other diplomatic representations, the police said. The suspect had to receive hospital treatment twice for an injury sustained while alone in his cell in custody, police said.

The case has aroused great emotion in the United Kingdom. On Thursday, MP Jess Phillips read to the House of Commons the names of 118 women murdered last year in the country. Associations have called for several vigils this Saturday in memory of Sarah Everard. But police warned the gatherings would be illegal due to health restrictions, and the organizers risked a fine of 10,000 pounds sterling (11,600 euros).

The organizers went to court, but a judge refused to rule on Friday. The “Reclaim These Streets” movement, which called for the rallies, said it was in discussions with police to “confirm how the event could be held in a manner that is proportionate and safe”.

For their part, the London police stressed in a statement that their message to those who would like to participate was to “stay at home” or find a “safe alternative way” to express your point of view. If he “fully understands the force” of the emotion aroused by this affair, Boris Johnson called on the population to respect the rules in the face of the pandemic, his spokesperson said Friday.

Confined for more than two months, the United Kingdom is just starting to relax certain restrictions very gradually. The coronavirus killed more than 125,000 there, the heaviest toll in Europe.