The breeding of lions in captivity for hunting will be banned 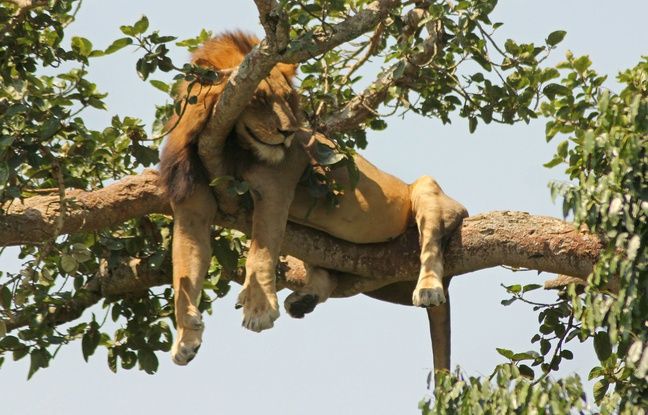 South Africa announced on Sunday its intention to ban the breeding of lions in captivity, either for hunting purposes or to allow tourists to pet lion cubs, in order to promote a more “authentic” image of the country. . This decision was taken in accordance with the recommendations of a commission appointed by the government to examine the rules governing the hunting, trade and captivity of lions, elephants, rhinos and leopards.

The commission says that “we must stop and reverse the domestication and captive breeding of lions,” South African Environment Minister Barbara Creecy told a press conference. “We no longer want captive breeding, hunting (animals raised) in captivity, cuddling (lion cubs) in captivity, the use of lions in captivity”, continued the minister, specifying that the commission asked that the measure be “taken immediately to put an end to interactions between tourists and captive lions”.

Controversial topic in the country

The decision, which has yet to be translated into law, is likely to meet with opposition from the very lucrative lion breeding industry. In South Africa, 8,000 to 12,000 lions are raised on some 350 farms for enclosure hunting, bone trading, tourism or scientific research, according to association estimates. Only 3,500 lions live in the wild in the country, according to the NGO Endangered Wildlife Trust, based in South Africa.

The international NGO World Animal Protection hailed a “courageous” decision. “It’s a victory for wildlife”, which will allow “lions to remain in the environment to which they belong: nature,” said the NGO’s Africa campaigner.

The commission also recommended phasing out captive rhino breeding, and exploring options for the future use of rhino horn stocks, the trade of which has been subject to a moratorium since 1977. The horn rhino is prized in Asia for its supposed therapeutic virtues, and poaching is decimating the species. South Africa is home to around 80% of the world’s rhino population and over 300 rhino herders.

Vice-president of the Association of Professional Hunters of South Africa and a member of an association of rhino owners, Barry York said these recommendations would not help save the animals, but “lead to destruction and l ‘eradication of our species’, to their ‘extinction’.