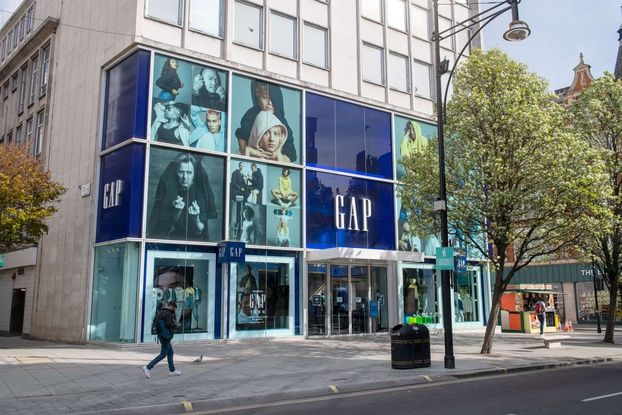 Even if the director of Gap France has reminded employees that “nothing was signed for the moment”, the takeover of the company is becoming clearer. An offer to take over the stores in France of the American ready-to-wear brand by Bordeaux businessman Michel Ohayon was indeed announced to employees on Tuesday, we learned from staff members, confirming information from World.

According to Sophie Cuny, former FO union representative, the employees were warned about two hours before they had to connect at midday for an intervention by the director. “We received an SMS around noon asking us to connect to a national call. It was a message from the general manager of France who said that we were taken over by Michel Ohayon, who took over 21 stores, 350 employees and eight positions at the head office “out of 22, ie” all the stores “and” a minimum of 96 % of jobs saved ”, also indicated an employee on condition of anonymity.

“A blow of the club” in October

“We were bought for a symbolic euro”, added this employee, specifying that the message of the general manager was recorded while all the stores are closed. The takeover offer is expected to be presented at a meeting of the Social and Economic Committee (CSE) on Thursday.

The staff, who had received “a sledgehammer” in October when the sign had said it was considering closing its stores in Europe, were “waiting for six months” and “had prepared for departure”. “They are a little stunned by the news” while an employment safeguard plan (PSE) was being negotiated “at the level of the social plans of the industry”, continued this employee. According to Sophie Cuny, “for the moment, we are there, we do not even know if all the stores will be taken over and we do not know if among all the employees, everyone will be taken back”. She predicts that during the first meeting on Thursday, “everyone is going to watch each other out of the corner of their eye and we will wait for them to advance their pawns.”

If the operation is successful, this will not be the first time that businessman Michel Ohayon has taken an interest in brands in difficulty. La Financière immobilière bordelaise (FIB), its investment fund specializing in commercial real estate, had notably acquired 22 Galeries Lafayette franchises in the region in 2018 and stores of the ready-to-wear brand Camaïeu in 2020.