The capital under water after the passage of typhoon Vamco 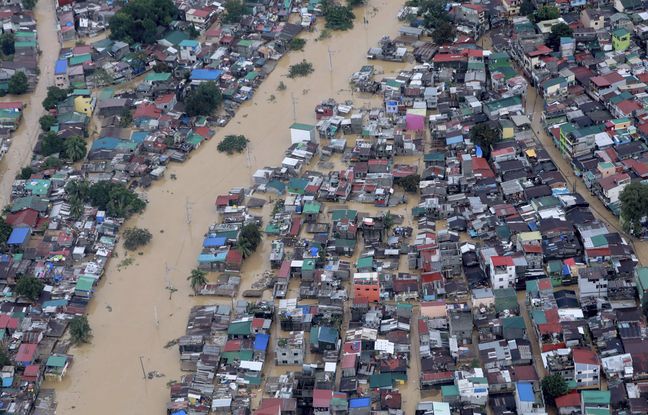 Three in three weeks. Vamco, is the third typhoon to hit the Philippines in three weeks. Before him, typhoons Molave ​​and Goni killed dozens and destroyed tens of thousands of homes.

Passing near the capital, in the north, this new storm plunged many districts of Manila under water, transforming streets into real rivers.

The typhoon was accompanied by winds blowing at 155 kilometers per hour when it made landfall Wednesday evening in the east of the island of Luçon. The typhoon left the archipelago on Thursday from the west, continuing its course in the South China Sea.

At least two people have died and four others are missing in the province of Camarines Norte, according to the latest report established by the civil protection on Thursday.

Schools, closed since the start of the coronavirus pandemic in March, and gymnasiums are serving as emergency accommodation centers. About 180,000 people have taken refuge there, civil protection also said.

Flood alerts have been issued in towns located north of the capital, the authorities having released water from some dams following a strong surge in water following rainfall.

Red Cross official Richard Gordon said he hoped “the worst is over” as Vamco crossed the South China Sea and people began to return to their homes.