The Church denounces the “descent into hell” after the kidnapping of religious, including two French 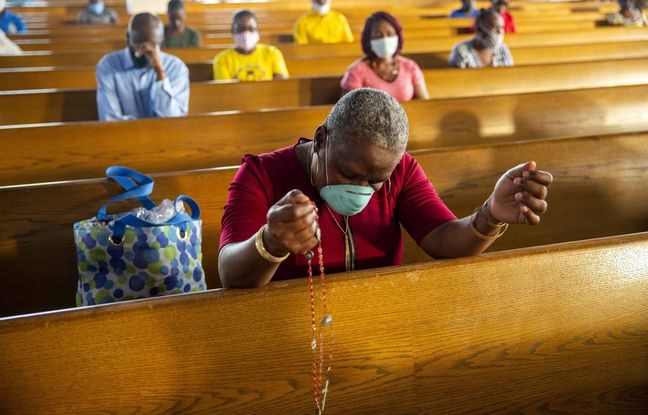 A kidnapping in the poorest country on the American continent, plagued by insecurity. The Haitian Catholic Church denounced Monday the inaction of the authorities following the kidnapping of ten people, including seven religious – five Haitians and two French – near Port-au-Prince, capital of this Caribbean country.

“For some time, we have seen the descent into hell of Haitian society”, regrets the archdiocese of Port-au-Prince, according to whom “the violence of armed bands” takes “an unprecedented proportion”.

Who are the ten people kidnapped?

“Public authorities who are doing nothing to resolve this crisis are not immune to all suspicion. We denounce complacency and complicity wherever they come from, ”continues the press release stamped by Monsignor Max Leroy Mésidor, archbishop of the first Haitian city.

The group includes four Haitian priests and a nun as well as two French people from western France. The first is a nun from the department of Mayenne, the second a priest from Ille-et-Vilaine who has lived in Haiti for over thirty years. In addition, three people, family members of a Haitian priest were also kidnapped.

The five priests belong to the Society of Priests of Saint-Jacques, established in Guiclan (Finistère, western France). “Five priests from our missionary institute have been kidnapped,” the Superior General, Paul Dossous, confirmed on Monday.

“We try to pray while being so active. We are negotiating. The contact is made, that’s important, ”he said. The missionary society has about fifteen priests in Haiti, including the five abducted, out of a total of 80 priests and about twenty seminarians also present in France, Brazil and Canada.

For its part, the Haitian Conference of Religious expressed its “deep sorrow but also its anger”. “Not a day goes by without the weeping and gnashing of teeth and yet the so-called leaders of this country, while clinging to power, are increasingly powerless,” she said.

The Conference of Bishops of France and the Conference of Men and Women Religious of France called on the kidnappers to “liberate the men and women of peace that they have kidnapped and not to add further hatred where there is already poverty and insecurity ”.

The police suspect an armed gang – baptized “400 Mawozo” – active in the area where these kidnappings occurred, to be at the origin, according to a police source. The kidnappers are demanding a ransom of one million dollars, for his part declared the father Loudger Mazile, according to which the religious were kidnapped in the morning at the Croix-des-Bouquets, near Port-au-Prince, at the time where they went to “the installation of a new priest”.

In Paris, the Ministry of Foreign Affairs confirmed the kidnapping of the two French people. “The ministry’s crisis and support center as well as our embassy in Haiti are fully mobilized, in close collaboration with the local authorities,” he said. “For reasons of efficiency and safety, we observe the utmost discretion”.

Kidnappings for ransom have increased in recent months in Haiti, testifying to the growing hold of armed gangs on the territory. The violence of these armed gangs and political instability in Haiti have recently led to protests in Port-au-Prince. On April 3, several hundred women marched to denounce the growing influence of these criminal groups. Kidnappings for ransom affect both the richest inhabitants and the majority of the population living below the poverty line.

Added to this is the deep political crisis in which the nation is plunged. President Jovenel Moïse estimates that his mandate will end on February 7, 2022, while for the opposition and part of civil society it ended on February 7, 2021. This disagreement is due to the fact that Jovenel Moïse had been elected after a ballot canceled for fraud, then re-elected a year later.

Deprived of Parliament, Haiti sank further into the crisis in 2020 and the president governs by decree, fueling growing mistrust against it. In this unstable context, Jovenel Moïse decided to organize a constitutional referendum in June, denounced as a masquerade by the opposition.