The Coinbase platform introduced on the Nasdaq this Wednesday 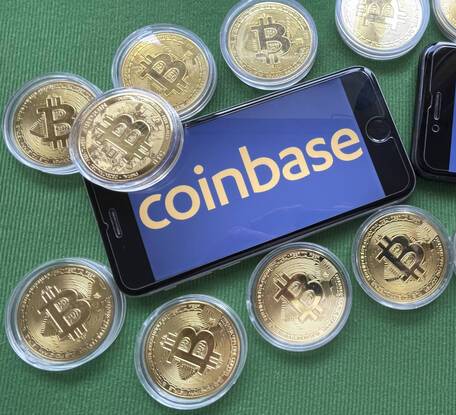 It is no less than one of the most anticipated events of the year on Wall Street. The Coinbase cryptocurrency exchange will debut on Nasdaq on Wednesday. It must be said that the context is particularly favorable. Enthusiasm for bitcoin is indeed in full swing, despite questions about the sustainability of an extremely fluctuating market.

The first company entirely devoted to cryptocurrencies to enter an American stock exchange, Coinbase, which will be listed under the symbol COIN, is already a heavyweight. The Nasdaq set the benchmark price at $ 250 per share on Tuesday evening. Taking into account all outstanding securities, stock options and restricted stocks, the group’s valuation reaches $ 65.3 billion. About 130.7 million shares will be put on the market on Wednesday, the group said Tuesday in a stock document.

If these figures become effective, this will represent the largest valuation for the IPO of a US company since Uber in 2019. The reference price remains indicative, however, Coinbase having chosen not to make a traditional IPO, but a direct quotation. This procedure does not allow it to raise new money, but offers shareholders already present in its capital the possibility of selling their shareholdings on the market.

Founded in 2012 in San Francisco, California by Brian Armstrong and Fred Ehrsam, the platform allows you to buy and sell around fifty cryptocurrencies, including bitcoin and ether. It claims 56 million users and just over 6 million people transacting every month, according to estimates of its first quarter results released in early April. The company has benefited from the meteoric rise of bitcoin over the past year or so, with the crypto asset’s price rising from $ 6,500 last April to over $ 62,000 on Tuesday.

As a result of this enthusiasm, Coinbase’s turnover almost increased tenfold in the space of a year, reaching $ 1.8 billion in the first quarter, according to the group’s estimates. Its profit, in a range between 730 million and 800 million dollars, has been multiplied by 25. The success of cryptocurrencies and Coinbase also gives ideas to certain rivals: the boss of the Californian cryptocurrency exchange platform Kraken told CNBC last week that he hopes his company will go public next year.