The country is declining, the start of the tourist season 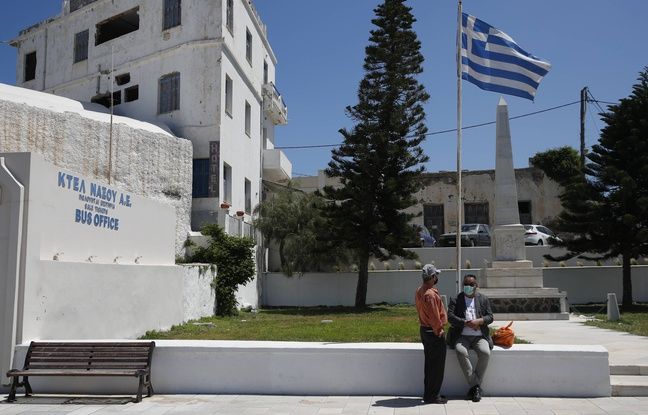 Greece is launching the tourist season this Friday with the return of freedom of movement after seven months of confinement. “We are leaving behind the dark clouds of fear and insecurity,” Greek Tourism Minister Harry Theocharis proclaimed Thursday evening from the ancient temple of Poseidon at Cape Sounion, near Athens. No more ban on leaving your department or going to an island without being a resident, no more exit authorizations by SMS, no more police checks and fines … All over Greece, confined since November 7, museums too reopen this Friday.

The only condition now to travel to Greece, a country whose economy is very dependent on tourism: to be vaccinated or to present a negative Covid test. The Greek government has also launched a major vaccination campaign, in view of the tourist season, especially in the islands. “All of our islands will be fully protected by the end of June. So far, a third of them have been vaccinated, ”announced the Minister of Tourism. In total, more than 3.8 million people have received at least one dose of the vaccine in a country of 11 million people.

150 flights planned for the next two days

The return of foreigners to Crete, Mykonos or Santorini, among other idyllic islands, is crucial for a country which drew nearly a quarter of its income from tourism before the pandemic. It is in an attempt to raise the bar that Greece has made the bet to reopen its borders in mid-April to vaccinated people and to launch its tourist season before its main European competitors, such as Spain and France. In Crete, the main Heraklion airport is expecting fifteen flights on Friday and another 24 on Saturday, mostly from Germany. In total, some 150 international flights are scheduled at airports in Greece this Friday and Saturday.

But the start of the season suffers from a first setback, after the decision of the United Kingdom to maintain the mandatory quarantine on return from Greece. Greece hopes to appear on London’s “green” list soon when the health situation is reassessed. However, the Ionian island of Kalymnos, very popular with the British, remains confined due to a high rate of infections. More than 2,000 cases of contamination are still recorded daily in Greece, most of them in Athens, and hospitals remain under pressure.

“Epidemiological data and vaccination will depend on our tourist season. As long as there is an ambiguity about the rules applied to each country (…) tourists will not book their vacations, ”said Grigoris Tasios, president of the federation of hoteliers. In Chalkidiki, in northern Greece, “we have no reservations and only 15 to 20% of hotels will be open on Friday, the others will gradually reopen by the end of June,” adds this hotel owner.

A quarter of the Greek working population makes a living from tourism. But on the island of Kos, in the Aegean Sea, professionals are only expecting “half of the income for 2019”, reports George Segredos, owner of a beach bar. With travel restrictions still in place in Europe, Greek accommodation providers do not anticipate significant tourist arrivals before the end of June or early July.

Share
Facebook
Twitter
Pinterest
WhatsApp
Previous articleDeath toll exceeds 100 in Gaza, Washington “deeply concerned about violence in the streets of Israel”
Next articleGaza in blood, research in the Cevennes and tourists returning to Greece