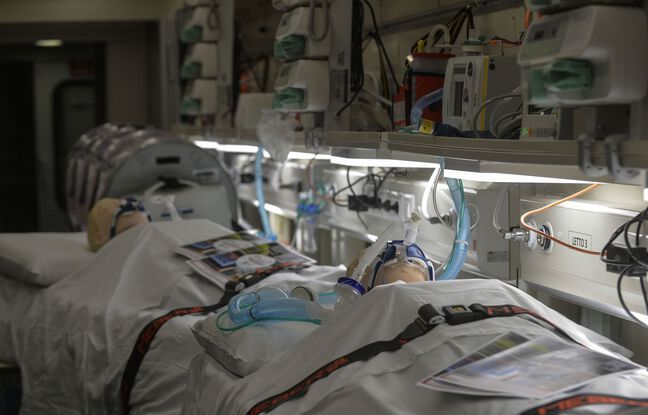 A year after its appearance in Italy, the peninsula passed the 100,000 death mark on Monday due to the Covid-19 pandemic with 100,103 deaths. The Ministry of Health recorded an increase in deaths of 318 over 24 hours.

The most affected regions are Lombardy (north), the economic heart of the country, with nearly 30,000 deaths, followed by Emilia-Romagna (north, nearly 11,000 deaths), then Piedmont (north-west) and the Veneto (northeast), with nearly 10,000 deaths each. It should also be noted that the number of victims is generally underestimated.

The outcome “is not far away”

“These days we find ourselves facing a further worsening of the health crisis. Everyone must do what they can to limit the spread of the virus. But it is above all the government that must do its part, ”Italian Prime Minister Mario Draghi said on Monday in a video message on the occasion of Women’s Rights Day.

“The pandemic is not conquered, but with the acceleration of the vaccination plan we can see an outcome that is not far away. I want to take this opportunity to send everyone a real sign of hope, ”he added.

33% increase in weekly number of infections

Last week, health think tank GIMBE reported a 33% increase in the weekly number of infections for the period February 24 to March 2, with 123,000 cases, the highest figure since December. “With these figures, we need tougher measures,” Foreign Minister Luigi Di Maio wrote on Facebook on Sunday.

New severe restrictions nationwide would be another blow to the third largest economy in the euro area, plunged into a severe recession by containment in 2020. But according to a poll published this weekend by the daily Il Corriere della Sera , 44% of Italians would be in favor, against 30% only two weeks earlier.

50 million doses of vaccines by the end of June

On Sunday, Health Minister Roberto Speranza pledged to intensify the vaccination campaign, slowed down by supply delays as in the rest of Europe. He said Italy would have 50 million doses by the end of June, which would make it possible to vaccinate “at least half of our population”, or around 30 million people, by the end of June.

So far 5.4 million doses have been administered in Italy and only 1.65 million people have received the two doses needed to be immunized.

Stricter restrictions in the fight against the coronavirus came into force on Monday in Campania, the Naples region, which thus joins Basilicata and Molise (south) in the list of + red + (high risk) zones, those under maximum control. Friuli-Venezia Giulia and Veneto (north), so far classified in yellow (moderate risk), have changed to orange (medium risk).

From now on 10 regions are classified “orange”, six “yellow”, three “red” and only one, Sardinia, is “white”, with a minimum of restrictions (wearing of the mask and social distancing).