The Court of Appeal confirms the suspension of the operation 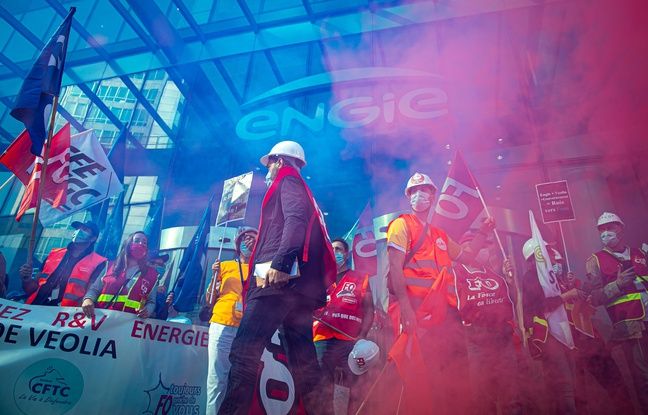 The Paris Court of Appeal confirmed this Thursday in all respects the summary order which had suspended the operation of acquisition by Veolia of the shares (29.9%) held by Engie in Suez, according to the judgment consulted by AFP.

This decision of the Court of Appeal temporarily suspends the operation but does not at this stage call into question the acquisition of the block of shares held by Engie in Suez or the intention to file a takeover bid for Veolia.

The court suspended on October 9 at first instance the operation to buy the 29.9% block by Veolia as long as the social and economic committees (CSE) of Suez and Suez Eau France, at the origin of the procedure, n ‘had not been “informed and consulted” on decisions already taken.

The consultation deadlines are “set at three months from the communication by the employer of the information provided for by the Labor Code for consultation”, specifies the judgment. The court dismissed Veolia and Engie from the request relating to the lifting of the provisional measures.

A “reasoned and informed” opinion

“This is the fair return of the place that a CSE should have. Veolia must respect the Labor Code even if the current project is carried by a competing company ”, commented to AFP Valérie Dolivet, lawyer of the economic and social committees of Suez. “We are very happy to be confirmed in our rights. We will be able to inform our colleagues in the perimeters that are likely to be impacted by the project and deliver a reasoned and enlightened opinion ”, welcomed Franck Reinhold, secretary of the European Suez group committee.

Veolia said “take note” of the decision of the Paris Court of Appeal, in a press release. According to the group, the three-month consultation period will have expired on February 5, 2021. This date is nevertheless “an unfounded interpretation” of the deadline set by the court, said Me Dolivet.

The CEO of Veolia, Antoine Frérot, reiterated his firm intention to complete his takeover project on its competitor Suez. The management and the unions of Suez reject this project, crying for social destruction, the loss of skills and the end of competition. The state, which opposed Engie’s cession, called on the two entities to dialogue.