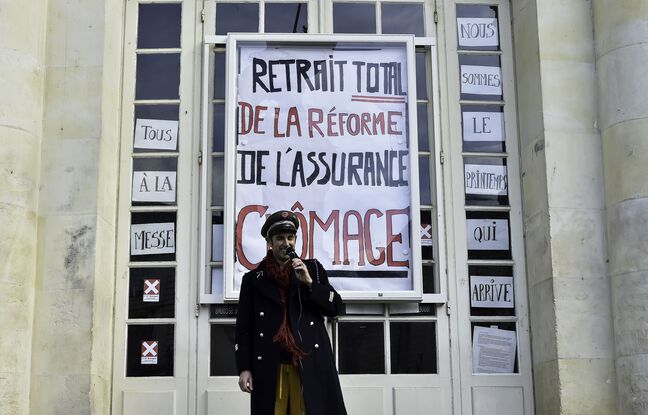 Like a severe teacher who does not hesitate to put a rule on the fingers of a recalcitrant student, the Court of Auditors this Thursday sends a warning on the management of
unemployment insurance. In their annual report, a large part of which is devoted to the
coronavirus, the Sages looked at the functioning of Unédic, managed by unions and employers, but in which the State has taken a very important place in recent years.

Unsurprisingly, the organization’s finances were severely degraded in 2020. Indeed, Unédic takes care of unemployment benefits while helping to finance partial activity. However, the latter was widely used by companies during the first containment, then, to a lesser extent, during the second.

A debt that continues to increase

Result: Unédic had to pay 7.5 billion euros for partial activity in 2020, against only 40 million euros in 2019. In addition, there is an increase in unemployment benefits linked to the deterioration of the work force. employment (+ € 3.8 billion). Finally, its revenues are down due to the deferral of contributions granted to companies, but also because employees placed on short-time work no longer contribute. A lot of money coming out, less money coming in, the conclusion is expected: according to the Court of Auditors, the losses of Unédic “linked [es] to the Covid-19 crisis ”reach 16.4 billion euros.

The problem is that the organization already had a debt amounting to 36.8 billion euros. It is around 54 billion euros in 2020, then 64 billion in 2021. A worrying trajectory for the Wise Men, guarantors of the good performance of public accounts, who ask to “restore the structural balance of the regime”.

The state will have to mop up

To begin with, the Court of Auditors considers that the current debt is “too heavy to bear for the unemployment insurance scheme alone”. The state is therefore called to the rescue. This would be all the more justified, according to the report, since the government is responsible for a good part of the current financial situation. “The massive increase in indebtedness is a consequence of the exceptional measures to support the economy put in place during the health crisis” remind the Wise Men.

They offer two solutions. The first would be to “confine” the Covid debt, that is to say to leave it at the expense of Unédic, without confusing it with its “usual” deficit. In short, a form of accounting entry. The second would be for the State to take over this debt and integrate it into its public deficit, as it did with SNCF.

Whatever method is chosen, the Wise People believe that it will also be necessary to review the financial trajectory of Unedic, in order to generate surpluses which will make it possible to gradually reimburse the deficits. To achieve this, there is no miracle solution: it is necessary to reduce expenses (unemployment benefits, financing of Pôle Emploi) and / or increase revenues.

On the expenditure side, the government has indeed planned a reform of unemployment insurance, which is to come into force gradually this year. Strongly contested by the unions, who denounce the risk of increased insecurity, it should make it possible to save money, in particular by tightening the conditions of access to benefits and reducing their monthly amount.

But the Wise Men recall that Unédic is subject to another form of constrained expenditure, through the financing of Pôle emploi. The law requires it to pay 11% of its revenues to the operator (10% before 2020), whereas before the creation of Pôle Emploi, it only devoted 7% to the management of compensation and the monitoring of unemployed. This additional cost, estimated at 10 billion euros over ten years, represents a third of the non-Covid debt.

“In parallel, notes the report, the amount of the subsidy for public service charges paid by the State to Pôle emploi has been decreasing since 2017 (- 18%) […] We thus observe a transfer of funding between the State budget and Unédic’s resources ”. An elegant way of saying that the State has largely discarded to Unédic in recent years, and that it would therefore be inappropriate to blame it for its high deficit.

Each has its place

Unédic is all the more stuck as part of its revenue, which came before 2018 from contributions paid by employees, is now provided by the CSG (general social contribution). However, the organization does not have control over the amount of this contribution, voted by Parliament. Constrained expenditure, uncertain revenue: “the social partners are no longer the decision-makers of the essential [des] rules of operation [de l’Unédic] », Notes the report.