The Court of Auditors satisfied with the solidarity fund for companies, but it points to increased risks of fraud 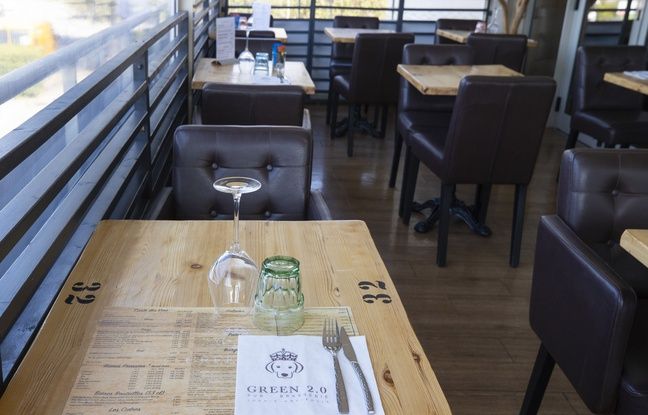 A year ago, many companies had to close overnight, following the announcement of the first lockdown. Deprived of revenue, they turned to the State, which created the “solidarity fund” at the end of March, intended for entities with fewer than 10 employees and the self-employed. A year later, on the occasion of its annual report published on Thursday, the Court of Auditors draws up a rather positive assessment of this emergency device.

Originally, it made it possible to obtain monthly aid of a maximum of 1,500 euros (“part 1”), which could be accompanied under certain conditions by a second envelope ranging from 2,000 to 5,000 euros, paid only once (the “Component 2”). After deconfinement, the solidarity fund was limited to certain sectors during the summer (hotels and restaurants, tourism and cultural professions), with financial envelopes revised upwards (up to 3,000 euros). Then, with the reconfinement in November, the system evolved further: all sectors were once again entitled to it, the most vulnerable companies being able to benefit from aid, this time going up to 200,000 euros.

These different phases (reduction, then expansion of the fund) are visible on the graph below, which shows the cumulative amounts paid to companies during the year 2020 under the solidarity fund. In total, more than 15 billion euros were spent by the state, a large part of which (around 9 billion euros) in the last months of the year.

For the Court of Auditors, which controls the good management of public money, the system is generally effective. “The average time between the filing of the application and the actual payment into the bank account was between three and four days over the period March-September 2020”, notes the annual report.

In addition, some could have feared massive fraud, because “requests for assistance based on […] on declarative data, companies could be tempted to defraud by indicating salaried staff, turnover or profits lower than reality ”. But according to the Sages, the fraud was “limited”. According to their calculations, “fraud against the solidarity fund could […] be between 20 million euros (0.3% of aid) and 100 million euros (1.6%) between March and September 2020 ”.

A combination that can be problematic

Nevertheless, the inflation of the sums paid from October – up to 200,000 euros – poses, according to the Court, “a significantly increased risk of fraud”. It therefore asks Bercy to strengthen its controls on the requests submitted, “most of which” remain processed automatically.

Another concern included in the report: the possibility for companies to accumulate aid: solidarity fund (managed by the State), help from the regions, aid from certain social security bodies, etc. Some could thus be compensated “au- beyond the damage suffered ”.

Another unexpected effect: “The joint use of the solidarity fund and partial activity compensation can thus lead, in certain cases, to an improvement in the situation of a company compared to the previous year”, notes the Court. accounts. If these practices remain authorized, the Sages estimate that in view of the amounts involved, it would be prudent “to better identify the situations of accumulation”.