The couturier made a fortune thanks to the licenses 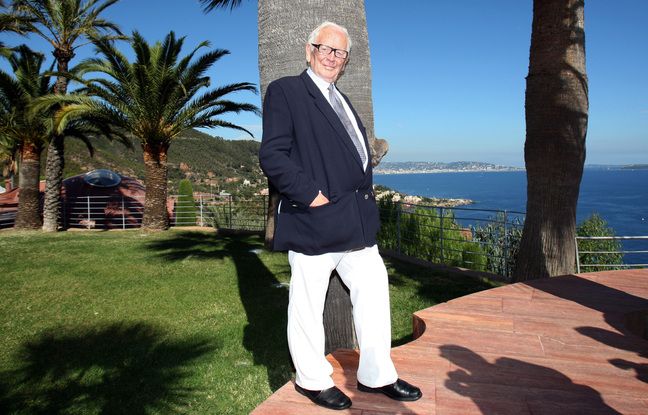 In Back to the future, Marty McFly travels in time and meets the one who is then still a teenager and who will become his mother. The latter obviously ignores the identity of the young man and calls him “Pierre Cardin” because she trusts what she has read on the label of his underwear. In the original dialogue, Marty is actually renamed “Calvin Klein”. But the French translation remains relevant: the French couturier who died on Tuesday affixed his name to clothing, but also to perfumes, crockery, furniture and alarm clocks …

Pierre Cardin has, for years, excessively multiplied licensing agreements, that is to say, he gave the right to manufacturers and distributors to put his name on their products in exchange for “royalties”. “It’s very difficult to have a name in fashion. So when you have one, you have to take advantage of it, ”he assumed last year.

On numerous occasions, he had claimed that his brand was worth “a billion”. “There is the line [couture] but also 800 products, and if you ask for a minimum of one million per product, that is already 800 million, ”he argued in 2011.

Pierre Cardin was one of the first in fashion, from the 1960s, to enter the licensing market. The couturier-businessman begins with ties and over the years will build an empire that declines his name endlessly: shirts, sheets, mineral water, sewing kits, cultural places, design, including derivatives. of the Maxim’s restaurant he owned.

“I have expanded into all areas and my name has flooded the whole world, thanks to my licenses which provide real solidity to the company,” he said.

In May 2019, he brought together 350 “licensees” in his famous Palais Bulles in Théoule-sur-Mer, near Cannes, a futuristic, curvaceous residence, and presented a new collection of 150 models for them.

“China, Argentina, Brazil, Mexico, Australia or Korea: these graduates come from all over the world, because we are everywhere. And that may surprise but I know them all, ”he confided then.

A fortune valued at 600 million euros

A forerunner of globalization, Pierre Cardin banked very early on Asia to develop his licenses there: he set foot in China in 1978, becoming one of the first foreign investors to establish himself in this market and also the first couturier. western parade in Beijing in 1979.

In 2009, however, the house sold part of its empire in China (around thirty textile and accessory licenses) to Chinese partners for 200 million euros.

In 2018, Pierre Cardin’s fortune was valued at 600 million euros, according to the annual ranking established by Forbes.