The Covid-19 killed 250,000 in the United States, New York is closing its schools 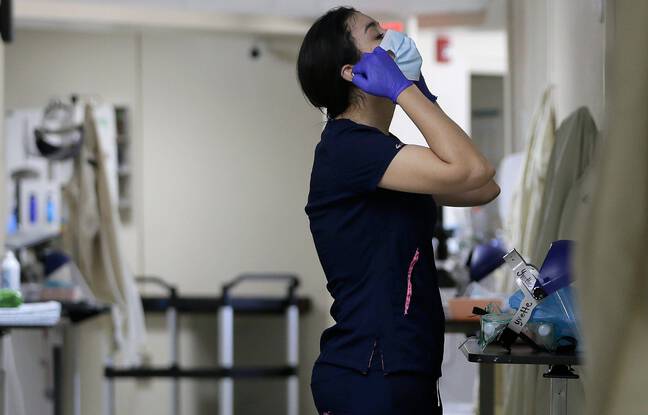 The nightmare scenario is confirmed in the United States, with record contagion in the Midwest, and a sharp rise in California and Texas. On Wednesday, the threshold of 250,000 deaths from the coronavirus was crossed, and New York announced the closure of public schools as of Thursday.

The terrifying heat map of the risk of being exposed to 1 person positive for Covid at a gathering of 10 people for Thanksgiving (80-100% in the Midwest), and it will get worse in a week https://t.co/ IYXFmFutON

The positivity rate of the tests in the first American city reached 3%, the threshold from which the mayor had committed to take this measure with the teachers’ unions. “We must fight against the second wave,” said Bill de Blasio, referring all students to online education for an unspecified period. Yet the measure, which should soon be accompanied by other restrictions such as closing gyms and restaurants, is controversial.

The city most bereaved by the first wave of the epidemic in the spring, New York has so far resisted the second fairly well: with 3% positivity, the metropolis and the whole of New York State are among the least affected in the United States. Other states lament double-digit positivity rates, around 50% sometimes in the Midwest. And authorities fear another outbreak of the virus with the family reunion for Thanksgiving on November 26.

No vaccine for wave 2

The arrival of the vaccines from the most advanced Pfizer / BioNTech and Moderna laboratories, however, is becoming clearer: Pfizer said on Wednesday that full results from its large-scale clinical trials showed that its vaccine was 95% effective and that it would require marketing authorization “within a few days” to the US Medicines Agency (FDA).

The United States, Europe and other countries have already reserved hundreds of millions of doses. But vaccination will initially be reserved for hospital staff and the most vulnerable people, and the rest of the population will have to wait several more months.

The vaccines will not arrive in time to stop the second wave, and many countries “will continue to face it without vaccines,” warned Michael Ryan, head of emergency at the World Health Organization on Wednesday ( WHO).

“I think it will take at least four to six months before there are sufficient levels of immunization anywhere,” he said. The WHO, however, welcomed a drop in the number of new cases in Europe last week (-10%), even if the pressure remains strong with 1.84 million additional cases.

If France is still far from deconfinement, the epidemic is now slowing down and the government met on Wednesday to prepare for a cautious loosening by Christmas. In Belgium too, the health authorities announced that the containment measures imposed since the end of October were starting to bear fruit. But the deaths continue to increase: more than 29,000 new deaths were recorded on the European continent during this period, 18% more than the previous week. And the pandemic threatens to overwhelm some health systems, especially in southern Italy.

In this context, and despite the worsening economic devastation, the list of restrictions continues to grow. Hungary has extended the state of emergency until February 8. The restrictions, which include a curfew between 8:00 p.m. and 5:00 a.m., a ban on gatherings and online classes for high schools and universities, were originally scheduled to end on December 11.

But the restrictions are often contested: in Berlin, German police on Wednesday used water cannons and arrested nearly 200 people to disperse a gathering of 5,000 to 10,000 people. She had ordered them unsuccessfully to respect the sanitary instructions.

The pandemic has claimed more than 1.3 million lives worldwide.