The craze for real estate in the hinterland continues 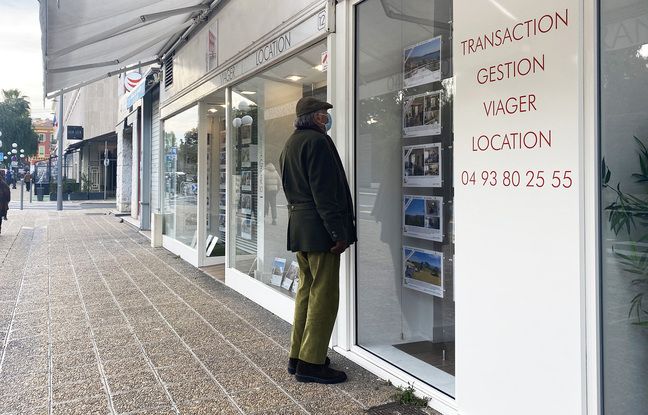 Need peace, more space but above all, an exterior. For a year and the first confinement, these have been the main search criteria for buyers of real estate. And this, particularly in the Alpes-Maritimes where requests for single-family homes for the hinterland have increased, leaving the coastline behind.

“Blausasc, Contes, L’Escarène or even Drap, all these towns in the Paillon valley are in demand at the moment,” announces Moïse Vergeot of the real estate agency GTI Orpi and president of the Orpi Côte d’Azur group. There is a Covid-19 effect combined with the possibility of acquiring a home with these requirements. A house with a garden, in one of these cities, will sell for between 400,000 and 600,000 euros, half the price of the same property in Nice which is only 20 kilometers away. “

The benefits to be kept from the health crisis

This phenomenon is not due only to urban maralpines. The real estate agent who has been working in the region for 25 years explains: “We had, for example, Parisians who bought a main residence in the region. These patterns are possible thanks to the reorganization of work. The working people favor a better living environment and companies are adapting. For some trades, it is possible to telework, to go to work only once a month, to have staggered hours. The new generations prefer this kind of life. The health crisis has accelerated the phenomenon and it is a benefit to be kept ”.

Even if the coronavirus plays on purchasing behavior, Cyril Lhuilier, real estate agent at Nicévallées in Plan du Var, nuance. “People do not think about the moment T with confinement, especially when they have the project to acquire a property! I hope we will not be confined for 25 years, while they repay their loan. It is however true that they reflect on their daily life. We realize that the most popular villages are the most equipped with amenities, with nurseries, doctors, banks and shops. It is also essential for those in their thirties as for young retirees. Puget-Théniers or Clans are then the big stars. “

This attraction for the hinterland then leads to a scarcity of real estate in the territory. Cyril Lhuilier continues: “At the end of the first confinement, in May 2020, demand exploded and since then, it has remained constant. The results ? We are in lack of goods. “

A reality confirmed by Cyril Messika, co-president of the National Federation of Real Estate (FNAIM) Côte d’Azur union. “Despite a current completely Franco-French market, there are significant movements towards the hinterland, from all regions of France, whether for moving or for a second home. Demand is still high, and above all, greater than supply. In general, there are few stocks and the goods sell very quickly ”.

Another positive effect of this exodus to rural areas? “It allows for a better distribution of the population on the territory”, concludes the real estate agent of Orpi.

Share
Facebook
Twitter
Pinterest
WhatsApp
Previous articleTowards a reduction in salaries at Fiber Excellence, to save the company in receivership
Next articlePeople under 60 vaccinated with AstraZeneca will receive a second dose of another vaccine