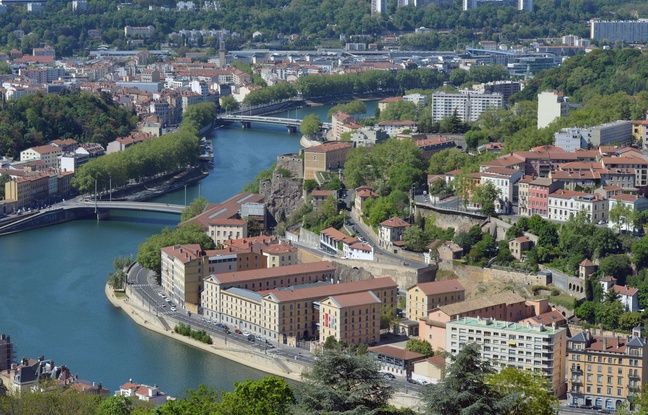 “Despite the crisis linked to the coronavirus, the real estate market remains very dynamic”. And the metropolis of Lyon is no exception. “At the national level, we will reach one million sales at the end of the year. It is not as good as the previous year, but we are at the same level as 2018, ”explains Nicolas Bouscasse, president of the Rhône national real estate federation (FNAIM).

In the department, we observe the same trend. Nearly 26,000 old homes were sold at the end of September. Figures comparable to 2017 and even higher than 2014, 2015 and 2016. “Stone remains a value to which the French attach great importance,” observes Nicolas Bouscasse. The momentum, recorded in the metropolis of Lyon, continues to drive up prices: + 5.4% in one year. The surfaces in the old one now sell for 4,300 euros per square meter. Which makes Lyon the third most expensive city in France after Paris and Bordeaux.

“15,000 new inhabitants come to settle in the metropolis each year. They must be well accommodated. This explains this rise in prices, ”argues the president of the FNAIM. As for the rural exodus announced at the end of the first confinement, it did not take place.

“It is true that people were fed up with it. There was a craze for houses located in the countryside near Lyon. There were many visits, recognizes Nicolas Bouscasse. But in reality, this translated very little in terms of sales. On the other hand, housing, located in town, in residences with green spaces, balconies or terraces have sold out much better ”. For simple reasons, according to the property manager: “Acquiring a house in the countryside means already having the means. And it is accepting to sometimes take a long time to go to work ”.

On the other hand, it is difficult to predict the evolution of the market for 2021. “There are many factors that we do not control: the number of unemployed to come, the number of companies that could go bankrupt, the fiscal measures that could be taken. In the coming months. If there are bankruptcy deposits in shambles, the economic dynamism of the metropolis will fall back, predicts Nicolas Bouscasse. And that would have consequences on the real estate market ”. But the president of FNAIM wants to believe in an optimistic scenario. “I think the market will remain stable. There will certainly be a drop in sales volumes but the market will not collapse… Unless there is a third containment, ”he concludes.