“The crisis will renew our ways of consuming”, assures the city center manager 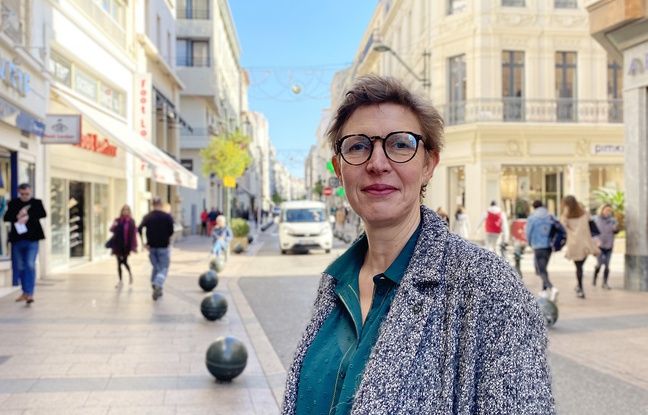 Sander strokes, paint, storage of stocks … With the prospect of reopening all shops on May 19, those in Cannes have been showing relative excitement for a few hours to be ready to restart on D-Day. Others will not be raised. not the curtain. Especially on rue d’Antibes, the main shopping artery where several locals are already looking for buyers.

Isabelle de Saint-Léger, city center manager appointed by the town hall in December 2019, at the time to help shops fight against “distortions of competition” linked to “shopping centers and the Internet”, takes stock with 20 Minutes.

Some businesses have definitely folded up shop. What is the economic assessment of this year of health crisis?

On rue d’Antibes, in fact, around ten premises are empty. But these are mainly sites left free after the bankruptcy of national groups. Finally, the small business held up better, no doubt thanks to the loyalty of a certain local clientele. City-wide, our vacancy rate [la part des emplacements non occupés] grew from 6% to 7.2% during the crisis out of a total of 3,000 businesses. This is a lesser evil compared to the figures recorded at the national level, while Cannes is very affected given that the activity of many shops is linked to tourism and conferences, extremely limited in recent months.

What are the prospects?

Some locals have already found buyers and discussions are open for others. Surprisingly, we have a large number of project leaders who are there, and who also hope, given the context, that rent negotiations will be possible. Owners will also agree for the first time to rent their premises only for the summer. Major brands have thus shown their interest in opening ephemeral stores.

Is there not a risk of additional bankruptcies, invisible until then, at the time of deconfinement?

Without a doubt. Perhaps even more for restaurants, some of which have already given up [il y en avait 600 à Cannes avant la crise]. Some remain on a state drip and will not really be able to get up when it reopens.

Will this crisis permanently change the face of Cannes trade?

Above all, it will renew our ways of consuming. In Cannes, we supported businesses, some of which were not very comfortable with digital technology, in their click & collect initiatives. [la plateforme clicknlerins.fr et l’appli Shoppeer ont été mises en ligne]. The need for direct delivery to individuals is also likely to remain and we must adapt. We are working on setting up a relay point to collect orders at the end of the day, after work.