The CSE of Hop! promises a “big legal battle” against the departure plan planned by the management 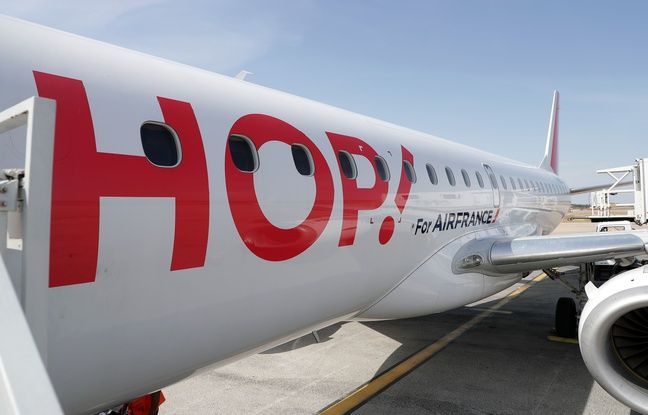 “We did not surrender. “The day after the presentation, at the last social and economic committee (CSE) of the airline company Hop !, of a departure plan providing for the elimination of 1,007 jobs, the CGT secretary of the committee undertook to do everything to fight against.

Joël Rondel indeed promises “a big legal battle within the administrative tribunal” in the event of approval of this plan within the Air France subsidiary, which could concern 317 pilots, 286 cabin crew and 404 ground personnel on a workforce of 2,421 full-time equivalent (FTE) jobs.

A plan potentially open from January 2021 to October 2022

The members of the CSE may have voted by majority against the two components of the plan – its economic justification and the accompanying measures proposed -, this opinion remains advisory. Joël Rondel therefore expects to see the departure plan filed despite everything for approval by the Direccte (regional directorate for companies, competition, consumption, labor and employment). If approved, it must open in January 2021 to end in October 2022.

One of the most discussed provisions of this plan is the fate reserved for flight crews, whether technical (pilots) or sales (stewards and hostesses) wishing to go to Air France: they would then lose their seniority and return to the bottom of the salary scale, with a loss of income that can go up to half of it, according to two flight crew members of the CSE.

If Air France did not wish to comment on the subject, in 2019, the group was losing around 200 million euros per year on the short-haul network provided by Hop !.