“The dynamics are pretty good, we are finally adding flights”, breathes the boss of the airport 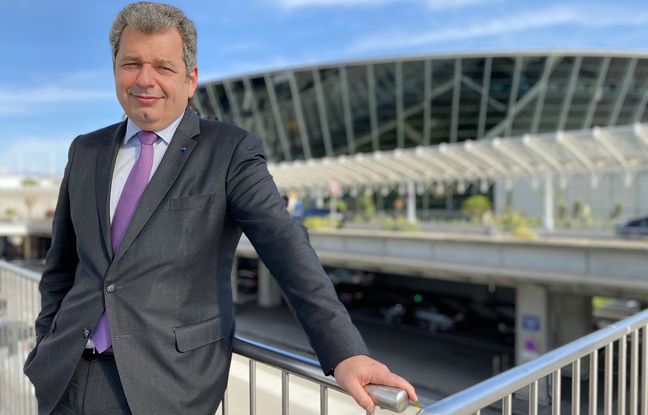 A thousand flights per week, 90 destinations, 37 countries and new international perspectives, to New York and Dubai. By announcing its summer program last week, subject to changes in health conditions linked to the Covid-19 epidemic, Nice airport gave encouraging prospects for the resumption of tourism after months of diet. dry.

The opportunity to take stock of the situation with the boss of France’s third airport platform, while a possible way out of the crisis is looming on the horizon. Franck Goldnadel, Chairman of the Management Board of Aéroports de la Côte d’Azur, answered questions from 20 Minutes.

What conclusions have you drawn from these last thirteen months?

We ended 2020 with 4.6 million passengers, a far cry from the attendance recorded in 2019 [14,485 millions de visiteurs]. It’s a terrible year for everyone. But it will not have been useless. We continued to develop our operational processes. We set up a new PC to manage daily activity and we continued to invest in three areas: aeronautical and health safety, upgrades and the environment [l’aéroport s’est engagé à ne plus émettre de CO2, pour ses activités au sol, d’ici 2030].

Do you risk making attendance predictions for 2021?

It was thought that the first trimester would be rather weak and that the second would sign a rebound phase with the advance of vaccination and the opening of borders. But the third confinement has arrived and it has also started with us. The Azureans did not necessarily have the ability to travel and travelers who could move did not necessarily want to come to a place with specific restrictions on weekends. So we have to be careful. I can at least say that our projections lead us to believe that the summer will be at 50%, even 55%, of the activity of the summer of 2019. Currently, the dynamics are rather good. Finally. We keep adding more flights.

Are companies able to adapt quickly to government announcements?

This is one of the lessons of this crisis. Companies have gained a lot in agility. They can schedule flights very quickly. It is up to us to be up to the task of supporting them while guaranteeing maximum security in the airport. The recovery program is strong on domestic traffic, with the large regional capitals. There is also a recovery on the European beam thanks to coherent measures between the countries. We are also seeing the return of long-haul flights with, in particular, the United States. We didn’t have that visibility last year.

In December, you were planning to reopen Terminal 1, unused since the first containment, for this summer. What is it ultimately?

It will remain closed, for the moment. The traffic forecasts for the summer, no more than those for the fall, do not make it necessary to reopen it. Hopefully we will need it by the end of the first quarter of 2022. This is what we all want.

At the end of 2020 again, you signed a long-term partial activity agreement over three years. It secures all of your direct jobs, i.e. nearly 600?

We made this commitment because I am convinced that Nice will be one of the airports which will regain its nominal activity as quickly as possible. That of 2019. And it is thanks to agents who know their profession that it has been achieved. To part with this expertise would be a tragedy for them, but also for the company and for the entire territory. The measures taken therefore make it possible to preserve these jobs.

Should we not fear that some of the 5,400 other jobs induced and linked to the activity of the airport have not withstood the crisis?

We tried, with our service providers and dealers, to do our best to avoid it. We gave visibility. We have adapted our contracts to support them as much as possible. It is impossible to say today whether certain companies have had to make this kind of decision despite state aid and partial unemployment. It is only from the fall that we will be able to begin to take stock of this assessment.

Criticized by environmental activists, is your extension project for Terminal 2 still relevant in this context?

It makes perfect sense today. We must welcome our customers with the level of quality demanded on the Côte d’Azur. The facilities were more than saturated in the summer of 2019. We do not know how to deal with the 2019 traffic, which will return, in our current facilities. And the second important element is that health protection measures and barrier gestures will remain, I hope, in our habits after a crisis. So space is needed to be able to guarantee them. The project itself will therefore meet these two main expectations. And we are constantly working to improve it.

Ultimately, beyond the crisis, is the goal also to welcome more passengers? Airport management was counting on four million additional passengers per year.

One thing is certain: if we have more space in our terminals, we will be able to accommodate more passengers. But that does not necessarily mean that there will be more aircraft in flight and more nuisance. I still have some explanations and demonstrations to do on this subject. In the infrastructures that I had to manage in the past [Franck Goldnadel a notamment été directeur de l’aéroport d’Orly, puis de l’aéroport Charles-de-Gaulles, à Paris], we were able to have more customers with fewer planes.