The employers demand the rapid reopening of closed non-essential businesses 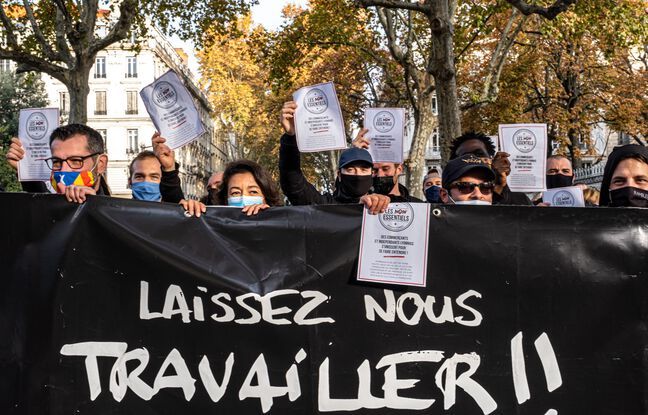 The leaders of the two employers’ organizations Medef and CPME on Tuesday asked for the reopening of so-called non-essential businesses as soon as possible despite the health re-containment. “You can’t go through December with stores closed. It would be an economic tsunami ”, thus assures in The world the boss of Medef Geoffroy Roux de Bézieux, willing that the reopening is accompanied by “more stringent” measures.

“If we do not reopen in the coming weeks, the loss experience will skyrocket”, for his part declared his counterpart at CPME François Asselin, questioned by France Inter on a possible reopening on December 1.

“Companies are much more fragile”

“It’s never too late to do well. From what I can smell, I think we’ll have to wait a little longer. It is very hard, catastrophic for some. Until December 1, we will have to support these companies, ”he added, also saying he was prepared to combine the reopening with“ reinforced ”measures.

“For the 2nd confinement, companies are much more fragile. For clothing, November-December-January with the sales, it is about 40% of the activity of the whole year. If they do not make this turnover, they will not be able to recover from it, ”he added, fearing nearly 100,000 bankruptcy filings in 2021, double a normal year.

“If in December, non-food businesses are closed, it will be difficult to control what we see rising”, assures for his part Geoffroy Roux de Bézieux, who notes a “deep anger” among the targeted entrepreneurs .

Businesses deemed non-essential were closed as part of the re-containment. The government promised them a “review clause” Thursday to assess the possibilities of reopening, but according to a majority executive, it seems unlikely that the health situation will already allow restrictions to be eased.