“The euphoric upturn in growth should continue throughout the summer, but the real challenge will be the start of the school year” 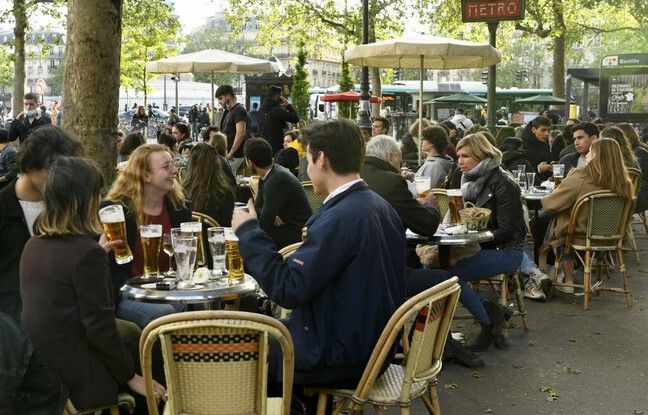 This Sunday, Bruno Le Maire, Minister of the Economy welcomed in the
JDD that “the French economy was picking up strong”. The first figures of deconfinement seem to prove him right. Spending by credit card since May 19 and the second stage of deconfinement has exceeded by 20% that of the same period in 2019, purchases in clothing are higher by 70%, when bars and restaurants – despite gauges and ban on indoor consumption – have already regained 90% of 2019 turnover.

For economist and macroeconomic specialist Stéphanie Villers, this euphoric recovery should continue throughout the summer, before reaching the real issue of this year 2021: the revival – or not – in September.

Is such an economic recovery surprising?

Consumption represents more than half of the country’s gross international product (GDP) and 60% of its growth. It was certain that this reopening of businesses would lead to a rebound in growth, it is an effect of no great surprise, even in these proportions. From the moment businesses reopen, people consume, especially after months of frustration. Returning to work is also a good thing for industries like the restaurant business.

French people have of course been impacted economically by this crisis, but at the macroeconomic level and if we take an average, the purchasing power of households has been maintained, while accumulating savings, in particular thanks to the partial activity taken into account. charge by the state. So there is quite a euphoria due to the reopening that can be sated.

Isn’t this euphoria likely to last only a few days before running out of steam?

No, because the return to “normal” is gradual and consumption reopens in several stages, which will give consumption rebounds where euphoria could have diminished over time. For example, on June 9, it will be possible to go back to the gym or stay at the bar until 11 p.m., which is not the same as what we could do on May 19. So there is still the feeling of discovering and being able to afford new things which will continue until July and prolong the euphoria.

Then we come to the period of July and August, the holidays, which is naturally buoyant and experiences a high level of consumption every year, even without coronavirus. Last year, growth increased by + 18.2% in the third quarter, but this is normal, we go from the worst to the best in terms of consumption, which widens this figure. Of course, this currently observed rate will not be maintained over the very long term, but in the short term, between the deconfinements and the summer, the euphoria should last.

Last summer, the French did not consume all their savings from the health crisis, despite government incentives. Can this problem recur this summer?

There are two opposing forces. On the one hand, the vaccination which offers a visibility that we did not have in the summer of 2020, we are in a way “out of the woods”, especially with the very important figures and the vaccination intentions among young people. . Intentions which also show a strong desire to consume in terms of travel, concerts and festivals.

On the other hand, we now know that a fourth wave is possible. However, this point can also have an incentive effect, especially among young people who may say to themselves “Since we don’t know what September will be like, that we will perhaps be re-defined, we might as well consume thoroughly this summer.” “

But the French know that there is likely to be bad news in the fall regarding business failures. However, there are a few indicators, such as the subsidies from the upcoming European recovery plan, which can send a positive signal to the numbers of company failures.

Is the issue rather to see consumption remain stable in September?

Yes, because even the indicators mentioned will not be enough to reduce the fear of the number of business failures. There were 38% fewer failures than last year just thanks to state aid that artificially maintained some companies that would have sunk without it. Suddenly, whatever the economic situation in September, there will be, by a fair return to normal, a very significant increase in bankruptcy filings. Poorly explained, it can scare the French and have a bad psychological effect on growth and consumption.

However, two elements can put this bad effect into perspective. First, the French normally have good visibility on the financial situation of their business, and therefore know whether they can afford to consume or not.

In addition, it is the eternal story of the egg or the chicken: if households spend a lot, it sends a positive signal to companies not to poach too much. Afterwards, we should not be under any illusions, this crisis will be a boon for companies to restructure or reduce their workforce. But the clear stake of this growth is September. Summer is almost assured.