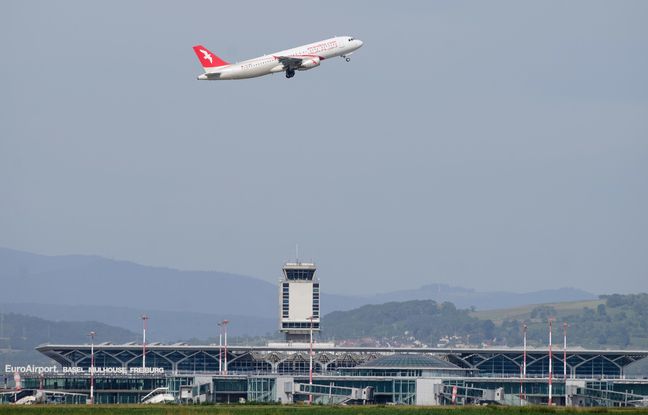 Alternative fuels, technological progress and compensation… In accordance with the ambitions of the European Union member states, the European aviation sector unveiled its strategy on Thursday to achieve “carbon neutrality” by 2050.

But the five organizations behind the “Destination 2050” initiative, bringing together airlines, airport managers and manufacturers, have warned that this objective can only be achieved with the support of governments and European institutions.

The goal of the promoters of this initiative, which is based on the Paris agreement of 2015 and espouses the objectives of “climate neutrality” validated by the Member States in 2019, is to see “all flights within or in from the EU, UK and EFTA, achieve zero net CO2 emissions by 2050 ”.

For them, such a target could be obtained in the first place by “improvements in the technology of aircraft and engines”, such as the hydrogen aircraft that Airbus is currently working on, or electrified solutions, a potential reduction in emissions of 37 % compared to 2018. The use of alternative fuels to hydrocarbons could on their own make it possible to reduce the sector’s emissions by 34%, further affirm the promoters of “Destination 2050”.

The sector calls for European regulation

These are, for example, biofuels, or “sustainable synthetic kerosene” made from CO2, water and renewable energies which was recently tested in a commercial flight by the company KLM. The sector is also counting on an emissions trading system to initiate the transition, as well as an improvement in flight management and ground movements.

“The whole sector is not only embarking on the path of decarbonisation, but charting the way for it to be achieved in order to make a concrete contribution to the EU’s climate objectives”, noted Olivier Jankovec, Director General of the Council international airports – Europe (ACI Europe). “But it is obvious that we cannot do it alone. It takes two to dance, and the EU now needs to develop the policies and regulatory framework to enable us to achieve a carbon-neutral European aviation sector by 2050 ”, he added.

Share
Facebook
Twitter
Pinterest
WhatsApp
Previous articleThe exit from the single market penalizes half of British exporters to the European Union
Next articleHe confesses the murder of a young girl, an innocent man had spent 20 years in prison in his place