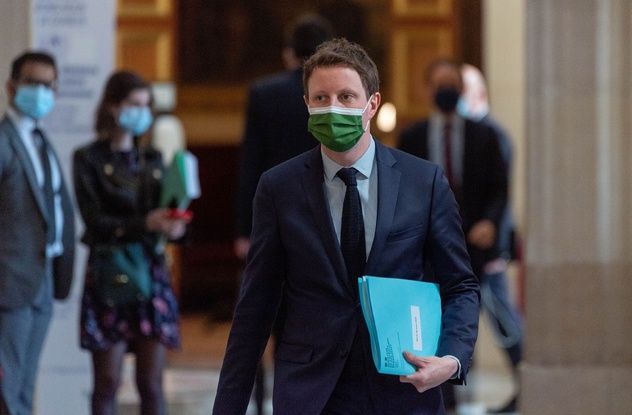 A few weeks before the start of the summer season, the desire to travel is becoming more and more pressing among the French. A European health pass, allowing travel in the EU without a PCR test, should be available at the end of June, announced Clément Beaune, Secretary of State for European Affairs, this Sunday on Europe 1.

The health pass will first be used in France, nationally, at the beginning of June to access large gatherings, then at the end of June to circulate in the European Union. The French version will be available from June 9 and will allow access to “large gatherings” such as festivals, or sporting or cultural events exceeding 1,000 people, said the Secretary of State. But it will not be necessary for everyday life: “The French will not have to present any proof whatsoever to go for a coffee or to eat at a restaurant,” he reassured.

From “the second half of June”, it will be harmonized at European level, allowing inhabitants of the European Union to travel in the 27 countries. To present a valid health pass, it will be necessary to be able to show a complete vaccination certificate – either the two doses – or a negative PCR test carried out 48 hours before the trip.

“The code will be the same for going to a festival or for traveling,” said Clément Beaune. It will make it possible to travel everywhere in the European Union, “from Paris to Athens or from Madrid to Berlin”, he explained, before adding: “The health pass is not an additional obligation but a extra chance ”. The document will be presented via the Tous Anti Covid application or on paper.

What about quarantine measures?

But the Secretary of State warned: in the event of a deterioration in the health situation of a country within the EU, quarantine measures could be reintroduced. “Each country concerned should be able to react within 48 hours by closing its borders or by setting up a reinforced quarantine”, he added.

The Twenty-Seven are also considering making PCR tests free in all countries of the Union. “It is important to remember that France is the only country in Europe to offer free tests where some countries like Spain charge more than 100 euros. This is why we want to harmonize the situation and make them free everywhere, ”recalled Clément Beaune.