The European market continues to decline sharply in October 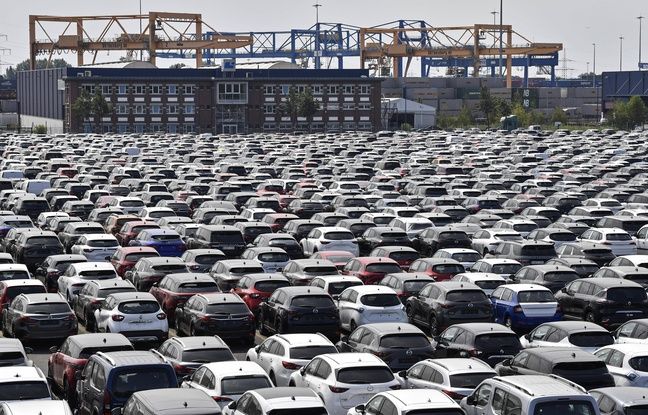 The rebound in September was in fact only illusory. The European auto market fell again in October following the reconfiguration of several countries, according to figures released Wednesday by the Association of European Automobile Manufacturers (ACEA).

The fall is quite significant. The number of new passenger car registrations is even back to its 2018 levels. It is down 7.8% compared to the excellent month of October 2019, to 953,615 units compared to more than a million ago a year. Demand has logically fallen sharply in the main European markets. Spain posted a decline of 21%, France by 9.5%, Poland by 14.6% and Belgium by 9.4%. In Germany (-3.6%) as in Italy (-0.2%), the concessions that remained open made it possible to limit the breakage.

It is therefore a dark year for manufacturers. The European market had collapsed by 55.1% in March and then by 76.3% in April under the effect of the confinement of populations and the closure of car shops. The decline in orders is “unprecedented”, underlines ACEA. Eight million cars took to the road from January to October, 2.9 million less than over the same period in 2019. The Spanish market is the hardest hit, with 670,000 vehicles sold against more than a million in the 10 first months of the year 2019.

The ACEA, which brings together 16 manufacturers active in Europe, predicted before the Covid-19 pandemic a decline of 2% for 2020, after six consecutive years of growth which had brought the market very close to its highest levels. In the list of manufacturers, the German group Volkswagen (with Skoda, Audi, Seat and Porsche), still undisputed number one in Europe, posted sales of -9.1% in October. Its runner-up PSA (Peugeot-Citroën-Opel) fell by 6.6%, Hyundai by 7%, BMW by 13.5%, and Daimler (Mercedes-Smart) by 8.1%. Only two groups stand out by posting higher sales in October: Renault (+ 0.2%) and FCA (Fiat-Chrysler, + 3.9%).