The European offer “unacceptable” for London, discussions continue this Sunday 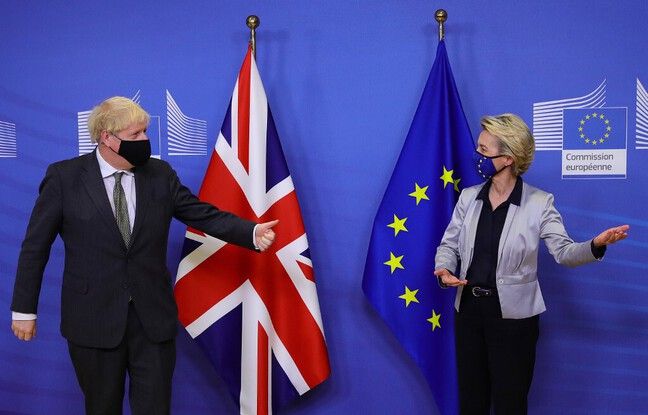 Negotiations between the EU and the United Kingdom remained difficult on Saturday evening, on the eve of the deadline to reach a post-Brexit trade agreement, the British still deeming “unacceptable” the offer of the Europeans, twenty days before the rupture definitive. Discussions in Brussels between the negotiating teams, in the presence of European negotiator Michel Barnier and his British counterpart David Frost, continued on Saturday evening, before the decision expected this Sunday on the fate of the post-Brexit negotiations.

“As it stands, the EU’s offer remains unacceptable,” a source told the UK government in the evening. “Any deal must be fair and respect the fundamental position that the UK will be a sovereign nation in three weeks,” she added. If no compromise is found, the UK, which formally left the EU on January 31, 2020 but continues to abide by EU rules during a transition period that ends on December 31, will regain full control of its countries. waters on January 1st.

“We must build alliances, not break them”

Four 80-meter-long vessels stand ready to prevent EU trawlers from entering UK waters if there is no new agreement on fishing rights, one of the sticking points in negotiations commercial. Preparations in the event of a “no deal” have accelerated in recent days on both sides of the Channel, with British Prime Minister Boris Johnson and European Commission President Ursula von der Leyen showing pessimism about the outcome of the talks.

The talks are stuck on three subjects: fisheries, the settlement of disputes in the future agreement and the guarantees demanded of London by the European Union in terms of competition. In the case of a “no deal”, trade on either side of the Channel risks being carried out only under the rules of the World Trade Organization (WTO), synonymous with customs duties and quotas. Fishing has been one of the areas of tension in trade negotiations. Despite its negligible economic weight, the subject is crucial for several Member States (France, Spain, Belgium, the Netherlands, Denmark, Ireland), whose fishermen want to maintain access to British waters, which are full of fish.

Questioned by the BBC, the former European commissioner and former minister Chris Patten, for his part accused Boris Johnson of behaving like an “English nationalist”. Conservative MP Tobias Ellwood, chairman of the parliamentary committee on defense, feared that the UK’s image was tarnished. “We find ourselves faced with the prospect of seeing our Royal Navy already overwhelmed to confront a close NATO ally on fishing rights,” he lamented on the BBC. “We must build alliances, not break them,” he pleaded.