The European Union unveils its plan against the abuses of Google, Facebook and Amazon 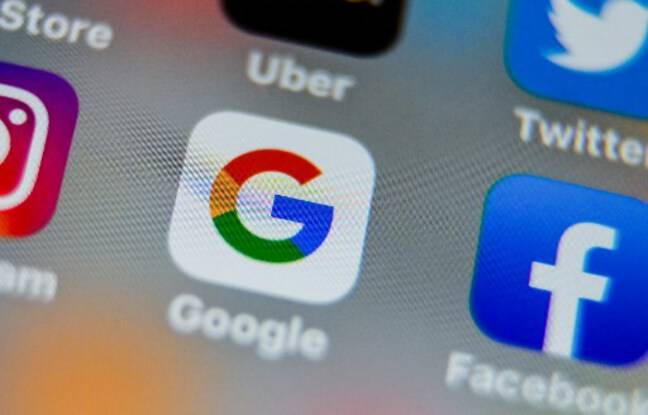 Complete change of philosophy. After years of chasing in vain after the infringements of Google, Facebook or Amazon (known as the “Gafa”) in the interminable procedures of European competition law, Brussels wants to change gear to go quickly and act upstream, before drifts are noted. The European Union presents its plan on Tuesday to finally impose its law on the digital giants accused of abusing their power without assuming their responsibilities.

“The objective is not to do away with the large platforms, but to impose rules on them to prevent them from posing risks to our democracy”, explained Internal Market Commissioner Thierry Breton, who is carrying the file with the Vice-President in charge of Competition, Margrethe Vestager.

Teleworking and videoconferences, internet shopping, online courses… The coronavirus pandemic has increased the place of digital technology in the daily life of Europeans. But these new services, which have become indispensable, are causing drifts: hate speech disseminated on a large scale, manipulation of information, the death of small businesses, the tendency of giants to form conglomerates limiting competition …

The European executive will propose two complementary pieces of legislation to fill the legal loopholes in which companies are engulfed. First component: the Regulation on Digital Services must make all intermediaries accountable, but even more so the largest platforms, which must have the means to moderate the content they host and cooperate with the authorities. It represents an update of the e-commerce directive, born 20 years ago when today’s giant platforms were still just start-ups, or even did not yet exist.

Second part: the Digital Markets Regulation will impose specific constraints only on so-called “systemic” players, around ten companies whose omnipotence threatens the free play of competition. Among them, the five GAFAMs (Google, Apple, Facebook, Amazon and Microsoft).

They will have rules imposed on the transparency of their algorithms and the use of private data, at the heart of their economic model. They will have to notify the Commission of any plan to acquire a firm in Europe. These champions of stock market valuation are accused of imposing their law on competitors when they have not simply wiped out them. They will have to “significantly change the way they operate,” said Breton, arguing that the digital space should benefit all businesses, even the smallest.

These rules are accompanied by sanctions. According to European sources, they will go up to 10% of turnover for serious breaches of competition, and in extreme cases, may lead to a dismantling: the obligation to sell activities in Europe. In terms of illegal online content, fines may reach 6% of turnover. A ban on continuing to operate in Europe may be imposed “in the event of a serious and repeated breach having the consequences of endangering the security of European citizens”.

This project will still be negotiated for at least a year with the European Parliament and the Member States. He intervenes while in the United States proceedings have been launched against Google and Facebook, accused of having abused their dominant position in search engines and social networks. Brussels expects a more harmonious and fairer functioning of the digital market which will promote the emergence of European players, while the EU lags worryingly behind in the new economy.

Faced with this offensive, the American mastodons are preparing intense lobbying to mitigate the project, as revealed by the leak in November of an internal Google document evoking a desire to weaken Thierry Breton. The Commission’s project risks ending up with “brutal and rigid rules targeting size instead of sanctioning problematic conduct”, believes Kayvan Hazemi-Jebelli, in charge of competition issues for the Computer and Communications Industry Association, which represents companies. companies in the sector. He sees this as a danger for innovation and growth in Europe.