“The Europeans are becoming again what they were before, that is to say allies” 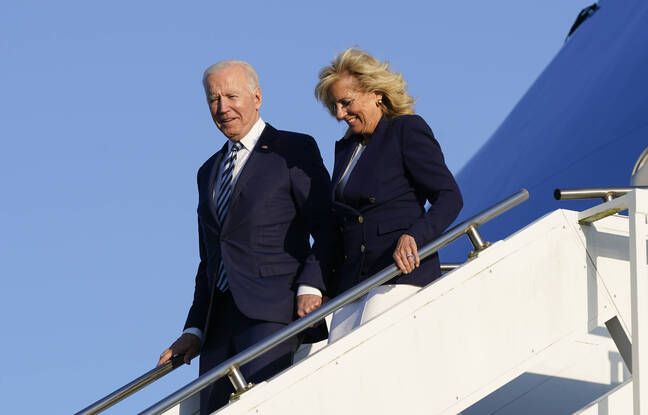 It’s an understatement to say that Joe Biden’s schedule for his first overseas tour, in Europe, is plentiful. In quick succession the American president is expected for a meeting with Boris Johnson this Thursday, the G7 summit in Cornwall (United Kingdom), the NATO summit in Brussels and a meeting with Russian President Vladimir Poutin in Geneva. 20 Minutes takes stock of what can be expected from this international sequence with Jean-Eric Branaa, lecturer at Paris II and author of a biography of Joe Biden (Ed. New world).

It has been said a lot that Europe was no longer at the heart of American concerns, yet it was on the Old Continent that Joe Biden made his first official trip abroad. Is it a symbol?

It should indeed be seen as a symbol. Traditionally, US presidents book their first visits to Mexico and Canada. And this first visit is always scrutinized, we deduce a lot of things from it and we are not necessarily wrong to do so elsewhere. This time, there were meetings, albeit virtual, with the Canadian Prime Minister and the President of Mexico.

The fact that Joe Biden is making his first visit to Europe has many messages. The first is the slogan he has been using since becoming president: “America is back! It is about showing that there is a break with Donald Trump and that this brutal side is over. From now on, Europeans are once again becoming what they were before, that is to say allies and not just trade partners, as Donald Trump said. It is very important in the diplomatic imagination.

Does it also show that “multilateralism is back”?

Joe Biden reaches out and says it’s going to be a concert job. You have to temper all this anyway: in the mind of Joe Biden, he is the leader. And he has shown it very strongly since he became president, with his climate summit and the purchase of vaccines for developing countries, two subjects on the G7 agenda. And then all trade questions will pass through him because the United States is starting to restart economically while Europe is not yet at the same point. So there is an outstretched hand, a message “we are equal”… but some are more equal than others.

The G7 has already made the headlines with this declaration on the global taxation of multinationals. Is there anything else to expect from this first summit in two years?

This summit is the symbol of a concert of nations that is restarting. Remember the previous G7s. Notably in 2018, this image of Donald Trump facing the other heads of state and government and this final press release from which the American president withdrew while he was already on the plane. That’s it: we rework as before, everything is prepared in advance as we saw on the tax.

More generally, we know what the heads of state and government are going to talk about. In other words, countries are once again agreeing on a number of objectives, some of which Europeans like, such as the minimum tax on multinationals. This does not mean that there are no more angry subjects, but they will not be discussed immediately: the objective here is to talk again, in a constructive and lasting way.

At the NATO summit, Joe Biden will seek to rally the Europeans in his duel with China. How does he plan to achieve this?

The NATO summit could be a highlight. In Washington, we hear a lot about a possible change of course by Joe Biden vis-à-vis NATO. The Americans still have their eyes on the Pacific and competition with China, and want to try to bring the Europeans to their line. With this objective in mind, Joe Biden’s advisers encourage him to change the paradigm in relation to Europeans and, to relax them, to accept that they develop a European defense. A hypothesis for the moment still refused by Washington even if all the presidents since Bill Clinton have pushed for the Europeans to pay more for the “American umbrella”.

If he took that step, it would really be a revolution in the relationship between the Americans and the rest of NATO. This would allow Europeans to develop stronger political and defense power, with the key to a new partnership with the United States. This is not the strong idea of ​​Joe Biden, he has even always defended the opposite, but since he inscribes his presidency under the sign of “America of the future”, that could be a strategy to adopt.

Finally, a few weeks after calling him a killer, Joe Biden will meet Vladimir Poutine. With what objective?

If ever this revolution I was telling you about on NATO does not happen, the highlight will obviously be the meeting with Vladimir Poutine. Because he represents the scarecrow in the United States, always, even more in recent years because of all the files on the table: Ukraine, Belarus, Navalny, cybersecurity…

Joe Biden has said he will discuss any angry issues. This is even the reason for this meeting, that is diplomacy. Joe Biden is a real diplomat, he’s been doing this for fifty years, and he always said that diplomacy is about talking to people with whom we have nothing in common and if possible trying to bring points of view together. What should be remembered from this meeting is first of all the fact that they are going to talk to each other and this is very important. There too it will be a question of competition with China: we must leave an open door for Vladimir Putin so that he is not completely in the bosom of China but that he is also ready to work with the Americans and the Europeans. .