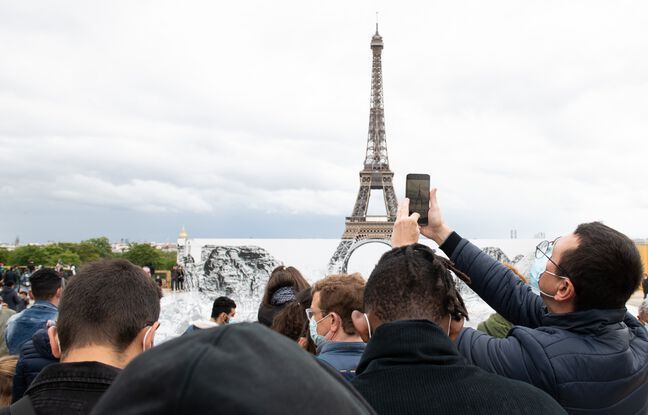 “In 2021, holidays are in France! “During a trip to the Lot, Emmanuel Macron advised the French on Wednesday to take their summer vacation on the national territory in order to revive the economy. But the executive also wants to encourage foreign tourists to come to France. With a simple solution: they will be able to benefit from a free PCR test before returning home. The goal? Relaunch the tourist season, damaged for more than a year by the coronavirus epidemic.

“It is an element of tourist attractiveness”, admitted Clément Beaune in mid-May. “We need, we want, in good sanitary conditions, to remain the leading European and world tourist destination. It is an economic issue for us ”, indicated the Secretary of State for European Affairs.

The government defends “a competitive advantage”

Since the start of the crisis in March 2020, tourism has been hampered by restrictions on international travel, with several months of total shutdown. According to Atout France estimates, the French economy lost 61 billion euros in tourism revenue last year. The government is therefore relying on the return of foreigners to revive activity this summer despite the persistence of the epidemic.

“Many French people will spend their holidays in France on the coast or in the mountains. But as far as urban tourism is concerned, especially large cities like Paris, Lyon or Bordeaux, we need the arrival of foreigners, whether they are Europeans or Americans ”, one explains on the side of the Ministry of Economy. “It’s a competitive advantage. Knowing that the test will be free in France, while it will cost more than 100 euros per person in Spain, that can make the difference for a family ”, we continue at Bercy, while France is the only country European Union, with Malta and Denmark, to offer this free service.

A heavier but assumed “Covid debt”

“PCR tests will be free for tourists who come to France this summer. Wonderful way to ruin Social Security! “, denounced on Twitter the president of the Patriots Florian Philippot, former number 2 of the National Front. Covered at 100%, the screening for Covid-19 has a cost for the finances of the State. In a question to the European Commission on May 18, RN MEP Hélène Laporte estimated that “at 43.20 euros for the PCR test, the bill could amount to 216 million euros for, for example, five million euros. tourists tested ”.

For the year 2021, 4.9 billion euros have been provided for screening tests (PCR and antigens) by the government. Free for foreigners can only increase the “Covid debt” a little more, but the executive defends this strategy. “A tourist in France will cost France a few tens of euros for his PCR test, but he will also spend in restaurants, hotels, consumption. It’s VAT on top of that. Not to mention the importance in terms of jobs in this sector, ”we told Bercy.

No reciprocity in Europe?

LR national treasurer Daniel Fasquelle, for his part, wonders about the reciprocity of such a measure on a European scale. “The French will pay twice: PCR tests of foreigners on our territory, and their own test abroad”, regrets the mayor of Touquet. “France has enough assets to bring in foreigners without having to rely on a free test. Rather than playing solo, we should play the European card, and suggest that this cost be covered by the European budget ”.

At the end of April, the European Parliament had pleaded for free tests across the continent, but discussions between states have not really advanced. In the office of the Secretary of State for European Affairs, it is assured – without further details – that “the regulation on the health certificate which comes into force on July 1 encourages Member States to offer affordable tests”. And to ensure that the European Commission “will be able to mobilize up to 200 million for the purchase of tests”.