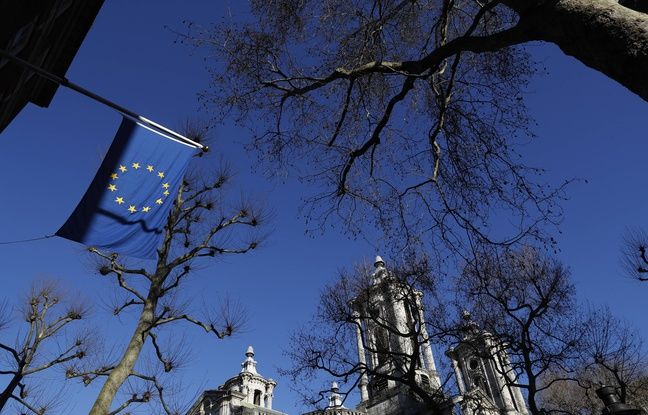 Brexit had dramatic consequences on their business. With the new trade rules, half of British companies that export to the European Union are in difficulty, the British Chambers of Commerce (BCC) revealed on Thursday. They are asking for help from the government.

The study shows that 49% of exporters have struggled to adapt to leaving the single market since January 1, which causes administrative complications, according to a statement. The share even rises to 51% for manufacturing companies that depend on trade with the EU. The BCCs surveyed 1,000 companies, mostly SMEs, between January 18 and 31, including 470 exporters of goods and services.

“Existential” fears for some companies

Businesses especially cite costs, red tape, delays and confusion about what rules to follow. “Business activity, and the UK’s prospects for a solid economic recovery, are being weighed down by changes at the border,” notes Adam Marshall, managing director of BCC. The UK and the EU have admittedly concluded a free trade agreement, which removes tariffs, but which does not offer the same advantages as the single market.

This agreement obtained on Christmas Eve “left companies in the dark until the last moment”, which prevented them from preparing, according to Adam Marshall. “For some societies these fears are existential,” he warns, calling on the government to do what it can to reduce friction at the borders. BCCs fear the situation will worsen if the UK maintains plans to conduct more health checks in April ahead of strict customs checks in July.

A working group set up

The Association of Road Hauliers (RHA) recently estimated that exports from UK ports to the European Union fell 68% in January over one year. She sees the joint effect of Brexit and the coronavirus pandemic in this. The UK government has repeatedly warned companies that short-term “disruption” is to be expected.

UK exporters now have to fill out a plethora of documents to prove that their goods are allowed to enter the European single market, a time-consuming and costly cumbersome process that delays crossing borders.

A few days ago the boss of the sportswear chain JD Sports Fashion had estimated on the BBC that Brexit had turned out “considerably worse than expected”. In addition, the British government has set up a working group to examine the problems encountered by Brexit by the fishing sector in Scotland, whose exports to the EU of highly perishable products are encountering administrative hassles and breakdowns. computer science.