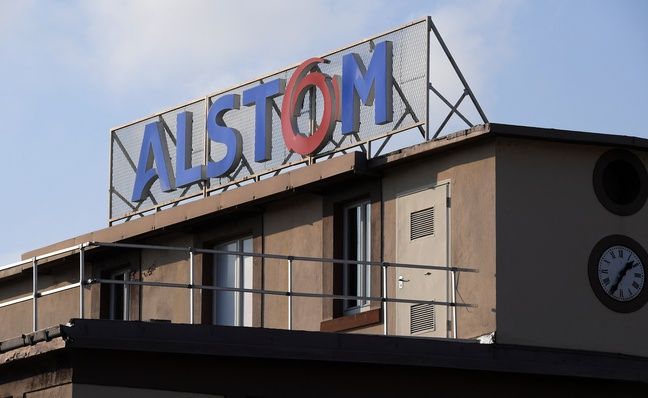 Good news for the Alstom site in Reichshoffen, Alsace. The hydrogen train will start in France with the signing of a contract for 12 trainsets for four pioneer regions. SNCF has placed an order on behalf of the Auvergne-Rhône-Alpes, Bourgogne-Franche-Comté, Grand-Est and Occitanie regions.

Alstom France President Jean-Baptiste Eyméoud is considering “the first track tests at the end of 2023, and a priori commercial commissioning in 2025”. Almost two years behind the government’s initial ambitions.

“It will be a real demonstration, a real sales department in each region”, with “normal operating conditions”, he promises. “Our objective is to create desire, to show that it works”, adds Christophe Fanichet, CEO of SNCF Voyageurs.

Auvergne-Rhône-Alpes has already indicated that the new trains would run between Saint-Etienne and Clermont-Ferrand, Bourgogne-Franche-Comté on the Auxerre side, and Occitanie on the line leading to Bagnères-de-Luchon (Haute- Garonne).

Alstom is a pioneer in the hydrogen train, with technology developed at its Tarbes plant. It circulated its first prototypes in Germany in 2018 and has now entered an industrial phase there, with 41 orders to date. The French group also sold models in Italy.

But where the German models are single-mode, running only on hydrogen, the French will be dual-mode, also able to run under catenaries in electric traction. They will have a range of up to 600 km on non-electrified lines.

These trains mix the hydrogen on board and the oxygen present in the ambient air, thanks to a fuel cell installed in the roof which produces the electricity necessary for the traction of the train. They only release water vapor. “This is a further step towards” zero emissions “in public rail transport,” said Christophe Fanichet.

Alstom will concretely install a hydrogen power train on a model proven among French TER (called Coradia Polyvalent by the national manufacturer and Regiolis by the SNCF): 72 meters long, these four-car trains will offer 218 seats “and same dynamic performance and comfort as the dual-mode electric-diesel version ”, according to its promoters.

The contract for Alstom amounts to 190 million euros for 12 trainsets. It provides for the supply of three trains to each of the four pioneer regions, to which two could be added as options for the Grand-Est.

Various costs increase the bill to 215 million for the regions, but aid of 47 million from the State reduces the price to 14 million per train, that is to say that of a diesel-electric train in this category. “France has everything to become a champion of hydrogen: the government is fully committed to making this ambition a reality”, noted in this regard the Minister for Transport Jean-Baptiste Djebbari, quoted in a press release.

SNCF, long reluctant, ended up converting to hydrogen, now considered a good option to replace diesel. It has set itself the objective of no longer using diesel in 2035. Beyond prototypes, the market seems promising, since nearly 1,100 TERs currently use diesel. The company is also testing various formulas using batteries and “green” fuels such as rapeseed.

What about the takeover of the site by Bombadier?

But it remains to be seen whether we can use “gray” hydrogen (made with processes using fossil fuels, therefore polluting) before switching to “green” hydrogen (from renewable energies that are really clean but much more expensive), for which France is not ready. It will also be necessary to ensure networks allowing to supply the trains.

Another potential difficulty: the type of train that must be adapted to hydrogen is manufactured by the Alsatian site of Reichshoffen. However, Alstom has undertaken to sell the plant and the train to a competitor in order to obtain the green light from Brussels for its takeover of Bombardier Transport. Hence the necessary establishment of a mechanism involving the future buyer. Alstom is in exclusive negotiations until the end of April with the Czech group Skoda.