The former aircraft carrier “Foch” soon to be transformed into a floating palace with golf course, cinemas and restaurants? 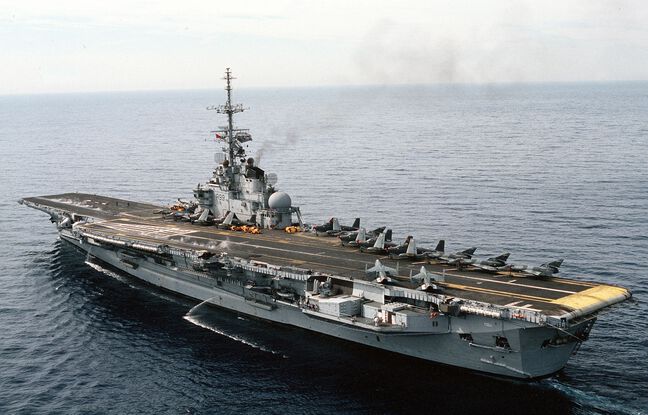 An old aircraft carrier transformed into a palace floating on the waters of the Black Sea? This is the idea of ​​Udo Stern, a German businessman, who wants to see the aircraft carrier Foch to become a luxury offshore hotel complex, reports BFM TV.

Problem ? The former French Navy ship was sold to Brazil in 2000 before being retired in 2018. Bought since by a Turkish junkyard for 1.6 million dollars, it is due to join Izmir at the end of the year. in Turkey to be dismantled. The buyer hopes to resell 24,000 tonnes of steel.

However, Udo Stern would like to give another end of life to the 265-meter-long aircraft carrier. This former member of the Lufthansa board plans to set up a concert hall, a casino, but also cinemas, bars and restaurants. The officers’ cabins, numbering 55, would be changed into rooms. A golf course convertible into a ski slope for the winter would be installed on the bridge. In order to bring customers, helicopters and flying taxis could land on the landing platforms.

To finance this crazy project, Udo Stern seeks to bring together investors. The cost has not been communicated but it would amount to hundreds of millions of euros, specifies BFM TV.

It remains that during the sale of Foch in Brazil, a clause was imposed by France. After her military career, the ship was only to be sold for dismantling. Could the clause be lifted for the German businessman’s project?

“The sales contract in Brazil includes a non-export clause. It remains its property until dismantling and cannot be sold to anyone and for any use without an agreement from France ”, indicated to BFM TV Business the Ministry of the Armed Forces, specifying that it had not received no request for the moment. In the meantime, the ship could stay in Brazil for a long time because representatives of civil society from Izmir, but also elected officials, experts and trade unions do not want the ship in Turkey due to possible pollution during its dismantling. .

Didier Dinart, former coach of the Blues, becomes the new general manager of the Nice club