The French public deficit expected at 9.4% in 2021, according to Bruno Le Maire 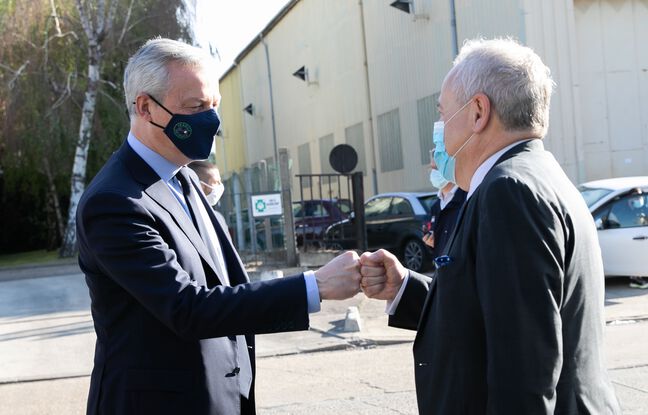 Quite simply, this is unheard of for the French economy. The French public deficit will widen further this year to reach 9.4% of gross domestic product (GDP), Economy Minister Bruno Le Maire said on Monday, as a result of new spending to deal with the Covid epidemic -19.

Three causes for a record deficit

This record deficit “is linked to three things: the first is that we are postponing a certain number of expenses from 2020 to 2021 (…), (then) because we continue to help a certain number of sectors and companies, even if we are gradually going to remove this aid, and thirdly because there is part of the recovery plan that has been disbursed, ”detailed Bruno Le Maire on France 2.

The public deficit, which includes in addition to the state budget deficit that of Social Security and local communities, was initially forecast at 8.5% of GDP for 2021, but had already been revised upwards to 9%. , At the beginning of April.

The state deficit alone should reach 220 billion euros, nearly 47 billion more than what had been budgeted in the initial finance law, said the Minister of Public Accounts. Olivier Dussopt Sunday at AFP.

5% growth as a target

This deficit “is the extension of the effort that we have made to protect our economy and at the same time the increase of this economic recovery that we want to have this 5% of growth figure which remains our objective”, defended Bruno The Mayor Monday.

The government is due to present an amending finance bill (PLFR) on Wednesday including more than 15 billion euros in additional emergency measures, which will be used in particular to finance partial activity and targeted aid for companies in difficulty. .

The public debt will swell to 117.2% this year, against 115.1% last year, Olivier Dussopt said Monday on Public Senate.