The Frenchman detained since May 2020 is tried for “espionage” 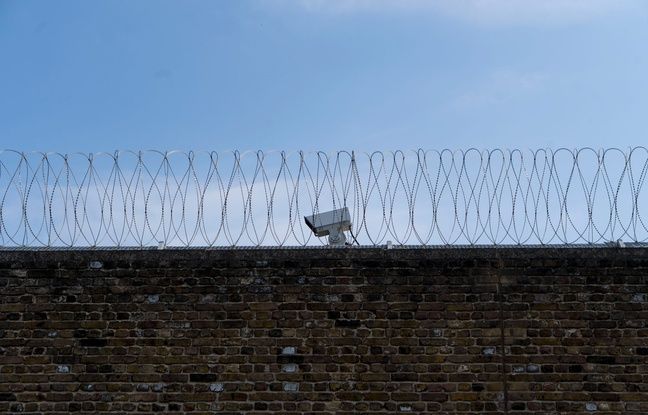 Detained since May 2020 in Iran, Benjamin Brière, a French national in his thirties, appeared in court on charges of “espionage”, revealed his lawyer, Saïd Dehghan, on Monday.

Me Dehghan, lawyer for the Franco-Iranian researcher Fariba Adelkhah, under house arrest in Tehran, suggests that this trial, for “espionage” but also for “propaganda against the political system” of the Islamic Republic, is coming to an end.

Me Dehghan could not be reached immediately to confirm, following his message on Twitter, that he is indeed dealing with the defense of Benjamin Brière. The lawyer’s tweet is accompanied by a photo of a young bearded man against the backdrop of a typical Iranian barren mountain landscape, and another showing what appears to be the same person jumping next to a camper van stopped on a salt lake. “The defense of Benjamin Brière for the two counts of espionage and propaganda against the system took place,” writes Me Dehghan.

“Accusation of espionage (for) photographs of areas prohibited by this French tourist”, adds the lawyer in a telegraphic style. Benjamin Brière is also accused of “propaganda” for having “asked the question (on social networks) as to why the Islamic veil is” compulsory “in the Islamic Republic (of Iran) but” optional “in other Muslim countries” , writes Me Dehghan. The French Foreign Ministry confirmed on February 24 the detention of a Frenchman in Iran, arrested in May 2020 and detained since without explanation, the French weekly said at the time. Point.

Me Dehghan then wrote on Twitter that this French was named Benjamin, without revealing his last name. He faces “contradictory and false accusations”, added the lawyer. 35 years old, according to Point, Benjamin Brière was arrested by Iranian security forces in a desert area on the border between Iran and Turkmenistan. French daily Le Figaro had mentioned, without further clarification, an arrest “in the desert while handling a drone”. Left to tour Iran, the young man was detained at the end of February in Vakilabad prison in Mashhad, Iran’s second city, in the northeast of the country, according to information from the Point.

According to the French Ministry of Foreign Affairs, Benjamin Brière “benefits from consular protection”, that is to say the procedure from which any French national detained abroad benefits. The arrests of foreigners in Iran, in particular binationals, often accused of espionage, have increased since the unilateral withdrawal of the United States in 2018 from the international Iran nuclear agreement and the reinstatement of harsh American sanctions against Tehran.

The fate of the French linked to that of an Iranian condemned in Belgium?

In recent months, Iran has conducted several exchanges of foreign prisoners, including researchers, with countries holding Iranian nationals. A specialist in Shiism and post-revolutionary Iran at Sciences Po Paris, Fariba Adelkhah was arrested in early June 2019 and sentenced to five years in prison for “collusion with a view to undermining national security” and “propaganda against the system. Iranian policy. The researcher, who rejects all these accusations, left Evin prison on October 3 and has since been under house arrest in Tehran, under the control of an electronic bracelet.

French researcher Roland Marchal, arrested at the same time as Fariba Adelkhah, was released in March 2020 as part of an exchange with an Iranian detained in France and whose extradition the United States was demanding, according to Tehran. According to various observers, the fate of Benjamin Brière and Fariba Adelkhah could be linked to that of Assadollah Assadi, an Iranian diplomat sentenced to twenty years in prison on February 4 in Belgium for having planned an attack against a gathering of opponents of the regime. from Tehran to France. Belgian justice announced on March 8 that Assadollah Assadi had appealed against his conviction.