The GameStop saga comes to Congress 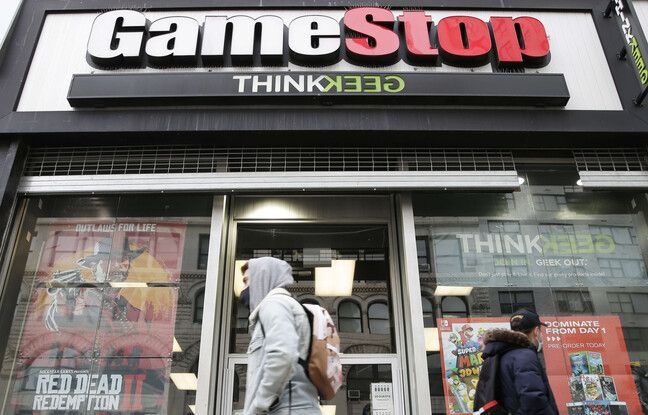 After the speculative fever at the beginning of the year which targeted several companies listed on Wall Street, including the GameStop video game stores, American deputies will hear, this Thursday, the testimonies of key players.

A virtual hearing is being organized by the Financial Services Commission of the House of Representatives, this Thursday noon (5:00 p.m. GMT), to shed light on the wind of madness that blew through New York City last month.

An army of amateur investors, exchanging in particular on a forum of the Reddit site, had invested massively in several companies in faltering financial health, in particular GameStop but also the AMC cinemas or the chain of stores Bed, Bath & Beyond. The shares of these groups suddenly surged before giving up much of their gains in the following weeks. By focusing on these companies, the stock marketers had wanted to prove the big hedge funds and Wall Street barons wrong, who had bet on a stock market collapse of these companies.

The extreme volatility in the market has led US regulators and policymakers to demand an explanation. Regulators want to determine if there has been price manipulation or insider trading. Keith Gill, who rose to fame on Reddit and YouTube for his GameStop analysis, will be among the speakers. Known on the Internet under the pseudonyms “Roaring Kitty” and “DeepFuckingValue”, he had anticipated a surge in GameStop, long before the January hike.

The Robinhood brokerage app at the heart of the investigation

In his testimony, released on Wednesday, Keith Gill is expected to reiterate his position, saying he is convinced that “GameStop has the potential to reinvent itself as the ultimate destination for gamers in a thriving $ 200 billion video game industry. Reddit co-founder Steve Huffman and Robinhood brokerage app boss Vlad Tenev will also be heard.

Many Robinhood clients had complained about the platform’s limitations on trading in particularly sought-after securities by stock marketers. Vlad Tenev denies having wanted to protect investment funds by acting in this way and ensures that the mission of his company remains to make the market accessible to small holders. The only snag: Robinhood’s business model involves a contract with Citadel, an investment fund, owner of another hedge fund, Melvin Capital, which lost the most money during GameStop’s market rise.

Short selling soon to be banned?

Citadel had to bail out Melvin to the tune of $ 2.75 billion according to the American press, after the value of the hedge fund’s portfolio fell more than 53% in January alone. In light of this significant financial support given to Melvin Capital, elected officials want to ensure that Citadel has not put pressure on Robinhood to force it to suspend without reason the purchase orders sent by stock marketers on the Reddit WallStreetbets forum. Powerful financier Ken Griffin, founder of Citadel, and Gabriel Plotkin, boss of Melvin Capital, who had bet down on GameStop, will also speak at the hearing.

Gabriel Plotkin will defend in particular the short sale, which consists of borrowing a security and selling it hoping to buy it back much cheaper at a later date to earn a profit, according to the text of his opening remarks released Wednesday. This practice is criticized by many politicians, who consider it conducive to market manipulation and wish to ban it to the chagrin of speculators. Gabriel Plotkin is further expected to express regret that many of the posts on Reddit were “strewn with anti-Semitic slurs against me and others.” “