The government forced to review its 2020 budget again 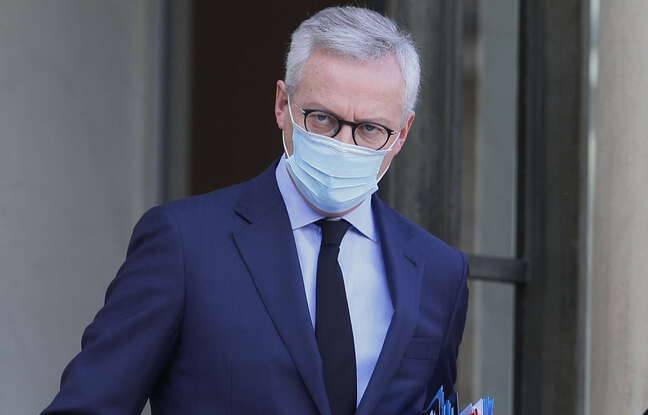 Reconfinement disrupts government finances. A new revised draft budget for 2020 must be presented to the Council of Ministers on Wednesday, in order to release an additional 20 billion euros to support the economy.

It is an exercise which is usually used to adjust the credits allocated to the ministries at the margin in order to match the expenditure and revenue already recorded during the year as closely as possible. But faced with the re-containment decided to try to contain a second epidemic wave, this corrected end-of-year budget takes a completely different measure.

The government will thus endorse a further deterioration in economic forecasts and release 20 billion euros in additional spending to support the economy. Gross domestic product (GDP) should thus finally contract by 11% this year, against 10% anticipated in the previous forecast for September.

A recession of unprecedented magnitude due to the two confinements, the last of which is decided at this stage for one month, and which will cause activity to plunge again after the rebound in the third quarter. Even if it is less strict than the first, many businesses, already weakened by the crisis, find themselves forced to close, despite their protests.

To extinguish their anger and limit bankruptcies, the government is therefore putting an additional 20 billion euros on the table, after nearly 470 billion released since March (including more than 300 billion in public guarantees). Public spending will thus reach a record level of 64.3% of GDP this year.

“We face as much as necessary, we will face throughout the duration of the circulation of the virus, because nothing would be worse than losing our companies, our employees and our qualifications”, assured the Minister of the Economy Bruno Le Maire Wednesday morning on Radio Classique.

Main measure: the solidarity fund dedicated to small businesses is inflated by 10.9 billion in addition to the 9 billion already planned. Its access was widened and the amounts allocated increased. The partial activity device is endowed with an additional 3.2 billion euros, after 31 billion already budgeted and more than 22 billion spent.

The government also provides for 3 billion euros in social security contribution exemptions, and 1.9 billion euros in new health spending under the National Health Insurance Spending Objective (Ondam). Finally, accused of not doing enough to support the most modest, the government will pay exceptional bonuses to beneficiaries of the RSA, unemployed at the end of their rights and those under 25, which will cost 1.1 billion euros.

A debt that explodes

These expenses cover more than a month of confinement – the cost of which was estimated at 15 billion euros by Bruno Le Maire – suggesting that the government is anticipating an extension of the confinement. This is not the case, we respond to Bercy, where we justify this envelope by a “gradual exit from the support systems” after deconfinement and not a sudden stop.

Consequence: the public deficit should ultimately widen to 11.3% of GDP and the debt soar to 119.8% in 2020. With these assumptions, Bercy defends a virtual return to the scenario envisaged in July, when the government does not However, did not expect a second wave of the epidemic, highlighting the strength of the economic rebound in the third quarter.

A sign of “confidence and hope in the capacity of our economy to rebound once the epidemic is behind us and to restore public finances thanks to the return of growth”, we believe in Bercy. But if the government no longer thinks of reaching the 8% growth rate forecast so far in 2021, it refuses at this stage to reveal any new forecast.