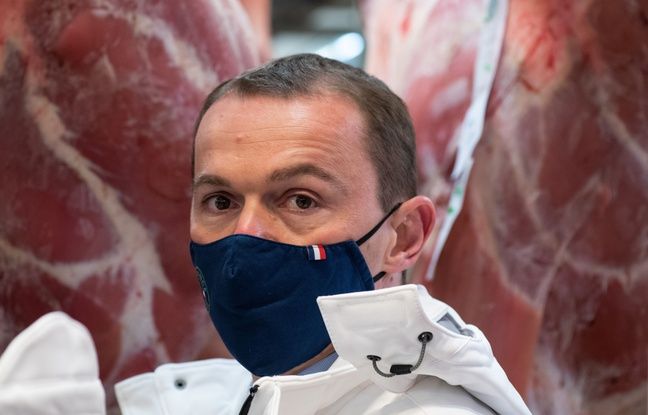 The government maintains its forecast of 6% growth this year despite the tightening of restrictions in the face of the epidemic, Minister of Public Accounts Olivier Dussopt said on Europe 1 on Friday. “We are keeping the same growth forecast”, he said, saying to himself “convinced that the 6% is achievable”.

In the wake of the announcement of a reconfinement for 16 departments by the Prime Minister Thursday evening, the Minister of the Economy Bruno Le Maire estimated that this decision would have an impact of 0.2 point on the gross domestic product (GDP ) annual and would cost 1.2 billion euros more per month to public finances, to finance aid to businesses.

“We also have grounds for hope from an economic point of view,” which could offset this impact, Olivier Dussopt said on Friday. He notably cited the level of VAT receipts in January, which testifies to a good performance in household consumption, or even the resistance of investment at the end of the year.

Earlier this week, before the Prime Minister’s announcements, the Banque de France raised its growth forecast to 5.5% for 2021, counting on continued restrictions during the first half of the year. In addition, Olivier Dussopt estimated that vaccination would represent an expenditure of “between 3 and 4 billion euros” this year. The Minister of Health Olivier Véran had mentioned to him “at least 5 billion” euros, in an interview with Echos Monday.

Share
Facebook
Twitter
Pinterest
WhatsApp
Previous article“We do not measure the level of destruction and disaster that the Syrians have gone through since the outbreak of the conflicts”
Next articleSocial link, ecology… Why participatory housing is on the rise