The government wants to reduce public spending to restore finances 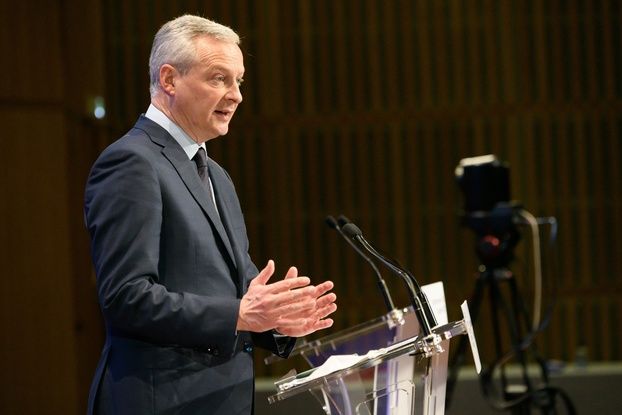 France plans to bring the public deficit below 3% (2.8%) of GDP in 2027, and to start reducing from 2026 the public debt ratio, according to forecasts sent Thursday by the Ministry of Finances at the High Council of Public Finances (HCFP). Achieving these objectives requires “significant efforts” on public spending after the considerable resources committed since last year to deal with the Covid-19 epidemic, we told Bercy.

The government forecasts that the public debt, which reached a record level of 115.7% of gross domestic product (GDP) last year, will increase further to 118.3% in 2025, before falling very slightly to 118.2% in 2026 then to drop to 117.7% in 2027. This trajectory will be presented to the Council of Ministers next week and transmitted to the European Commission as part of the stability program provided each year by the Member States .

The return of pension reform

“We are giving ourselves five years to restore French public finances,” says the Ministry of the Economy, which defends an “ambitious” objective but also “the choice of sincerity and responsibility”. Because if this trajectory excludes a policy of “brutal” drop in spending or increase in taxes, so as not to weaken the recovery of the economy, it requires “significant efforts”, in particular to control public spending, warns Bercy.

The government thus wants to reduce its increase to + 0.7% per year on average (excluding emergency and stimulus spending) until 2027, against an increase of 1% per year between 2017 and 2019, and of 1.4 % per year during the 2010 decade. For this, it is necessary to choose the public policies deemed to be a priority and to initiate structural reforms, according to Bercy, in particular that of pensions, suspended because of the health crisis.