The government welcomes the maintenance of American troops on its soil 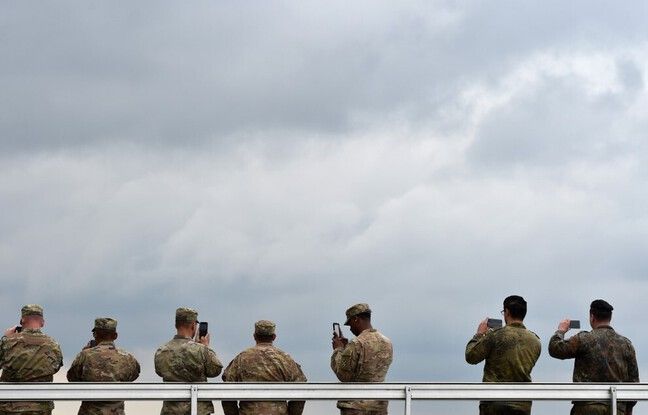 Germany was delighted this Friday with the announcement of the new American President Joe Biden, who confirmed the maintenance of American bases on its soil and the freezing of the withdrawal of the troops, wanted by Donald Trump.

This decision, announced Thursday by the new US president in his first foreign policy speech, will “serve the interests of both parties,” said Steffen Seibert, spokesperson for Angela Merkel’s government, at a press conference. “We have always been convinced that the American troops stationed here in Germany serve European and transatlantic security,” added Steffen Seibert.

The 46th President of the United States confirmed this Thursday that he would “stop” the partial withdrawal of American troops from Germany, at least for the time of a “global re-examination of the posture” of the forces deployed abroad. to Minister of Defense Lloyd Austin. Donald Trump had announced in June that he wanted to greatly reduce the American forces in Germany to 25,000 soldiers.

This decision had caused a stir within the American political class as well as in Europe, where the allies of Washington, Berlin in particular, were abused during the four years of mandate of the billionaire New York.

Present in Germany since the defeat of the Third Reich, American soldiers have grown from some 200,000 in 1990 to 34,500 today. Among these 34,500 soldiers, Donald Trump wanted to repatriate 6,400 to the United States and reposition 5,600 in other NATO countries, in particular in Italy and Belgium. The US Military Command in Europe (Eucom), currently based in Stuttgart, was supposed to move to Mons, Belgium.